No longer is it good enough to buy the season ticket, watch the matches and shout together on public transport when travelling in packs of men – real football fans now must own the official phone of their club. 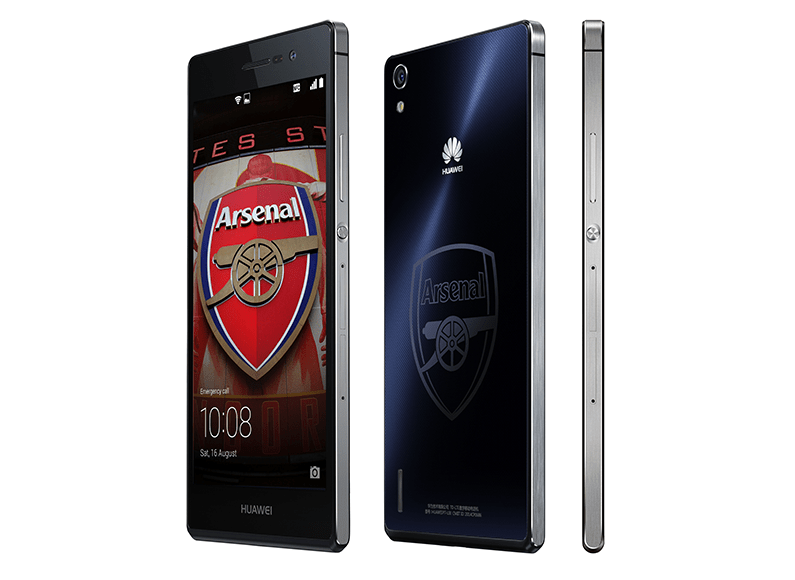 Huawei has announced the Ascend P7 Arsenal Edition, a “limited edition” 64GB variant of its flagship phone that sports the Arsenal crest on the rear. As far as we can tell, the rest of the phone is identical in spec to the regular P7, which we reviewed not too long ago (we thought it was pretty good). Presumably we can expect it to come pre-loaded with an Arsenal wallpaper.

Huawei says that the phone will come pre-loaded with a number of important football apps: including Fifa 14, BBC Sport and BBC iPlayer Radio (so you can listen to the games). It will also come with an app called “Yakatak”, which is some sort of new sports social network.

It’ll be interesting to see if the club’s biggest stars will make the switch to the phone too: one of the hazards of this sort of sponsorship is signing up the big names to endorse your brand, only to have them go and tweet from a rival device, showing you which one they really prefer.