OK Google, your voice interaction could soon be a relic of the past. A company called This Place has revealed a project it calls MindRDR which – get this – lets you control Google Glass using only the power of your mind. 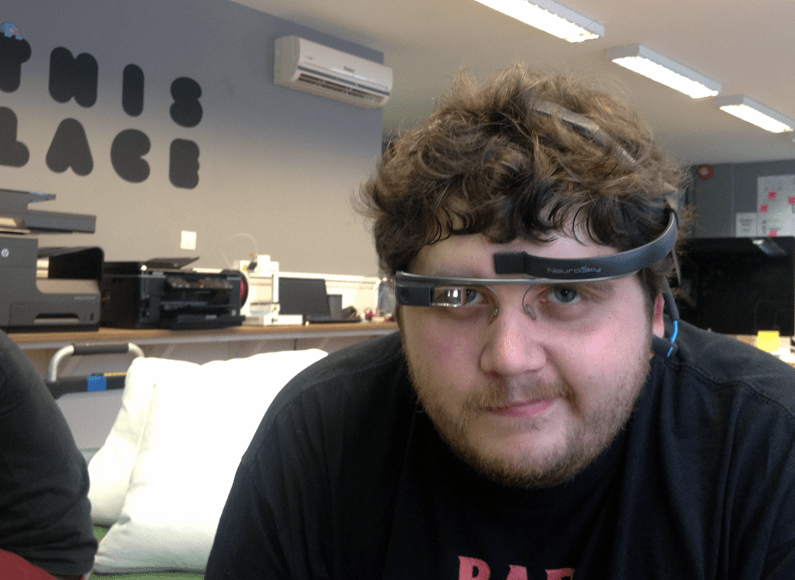 The app is designed to do two things: take photos, and then upload them to Twitter and Facebook. Using simply the power of thought.

The technology makes use of an off-the-shelf brainwave monitor, the Neurosky EEG biosensor to feed the data into Glass – and then This Place had to do 1000 hours of development work on top of that to make it work.

Check out this promotion video that the company has created:

MindRDR from This Place Ltd on Vimeo.

Here’s how the company describes how it works:

I went along to This Place’s office yesterday to give it a try, and I can confirm it is an extraordinary experience. I’m not entirely certain we’ll soon see people walking around with not only Google Glass on their face, but also a brain monitor – because like my own fashion sense, whilst I am super-cool on the inside, I appear less so on the outside. In addition to having a sensor pushing against your forehead, you have to clip something to your earlobe. At least I got to keep my clothes on, I guess.

But what of actually using the MindRDR app? It turns out that “concentrating” can be quite tricky. Maybe it is because I’m constantly distracted but there’s a learning curve of about five minutes. Apparently “concentrating” manifests itself differently for every user: for some it is a case of thinking about driving, for another person it was counting backwards from ten that did it. For me – it turned out – my trigger was mentally reciting the seven times table. As soon as I hit 42 (7×6), the horizontal line reached the top of the screen and the photo was taken. Here’s a photo I took: 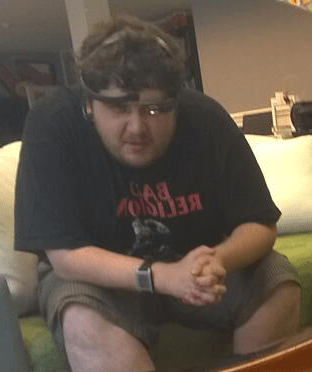 It is still clearly early days for EEG technology – the app is fairly simple in operation, so there’s no ability to channel your inner Charles Xavier just yet. Though very impressive, EEG monitoring at present is still a very blunt instrument – one made with binary choices of “yes” or “no”. Hopefully a bit more development could enable more complex interactions, such as using your mind to select multiple choice answers – think how much more advanced, for instance, Kinect 2 on the Xbox One is than the original Kinect for 360.

What’s quite cool is that even the developers are referring to the technology as telekinesis, and more seriously, there is apparently huge medical potential. Chloe Kirton, This Place’s Creative Director explained:

”While MindRDR’s current capabilities are limited to taking and sharing an image, the possibilities of Google Glass telekinesis are vast. In the future, MindRDR could give those with conditions like locked-in syndrome, severe multiple sclerosis or quadriplegia the opportunity to interact with the wider world through wearable technology like Google Glass. This Place is already in conversations with Professor Stephen Hawking, amongst others, about the possibilities MindRDR could bring as the product evolves.”

At the moment, the intention isn’t to turn the MindRDR into a consumer product, but seems to be an example of where the technology could be going, so it’ll be interesting to see if brain interfaces catch on. If you’d like a go though, the MindRDR software has even been open-sourced so that developers can go in and tinker with it themselves – all you’ll need is a Google Glass (£1000), an EEG headset (about £70, apparently), and a degree in computer science and possibly neuroscience too.

We’re looking forward to seeing (or should that be sensing?) what they come up with. And we won’t be surprised if Google announce a new acquisition in the future…

One thought on “Hands-On: Google Glass app lets you take photos WITH THE POWER OF YOUR MIND”