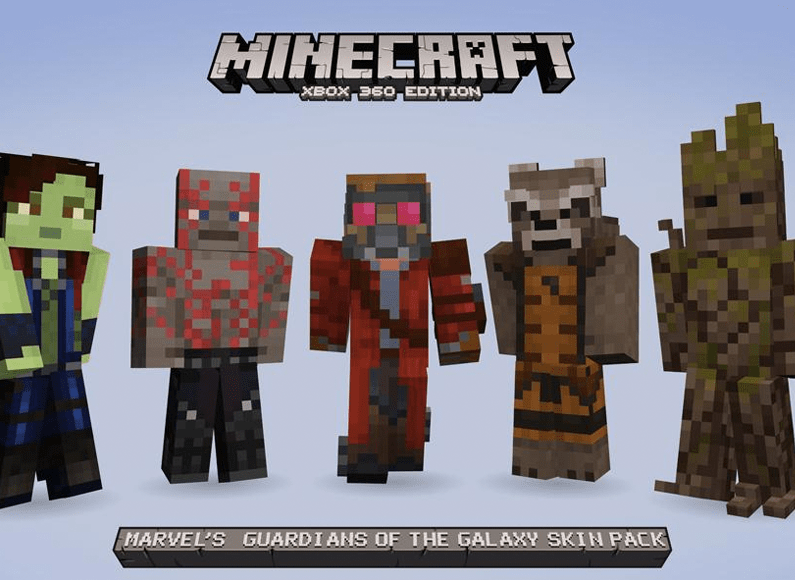 This Thursday sees the release of the hotly anticipated Guardians of the Galaxy – the latest entry in the Marvel Cinematic Universe. So perhaps it is not surprising that Star Lord, Groot, Rocket Raccoon, Gamora and Drax will be making an appearance in the Xbox 360 (and presumably other) edition of Minecraft.

The above image was tweeted the other day by Ben Morse, the editor of Marvel.com.

We’ll let you know when we get details on when the DLC will be released. Though be warned… the graphics appear to be a bit bit blocky…