A former CEO of the Ford Motor Company, Alan Mulally has joined the board at Google – a move which could signal a further emphasis on the company’s automotive technology. 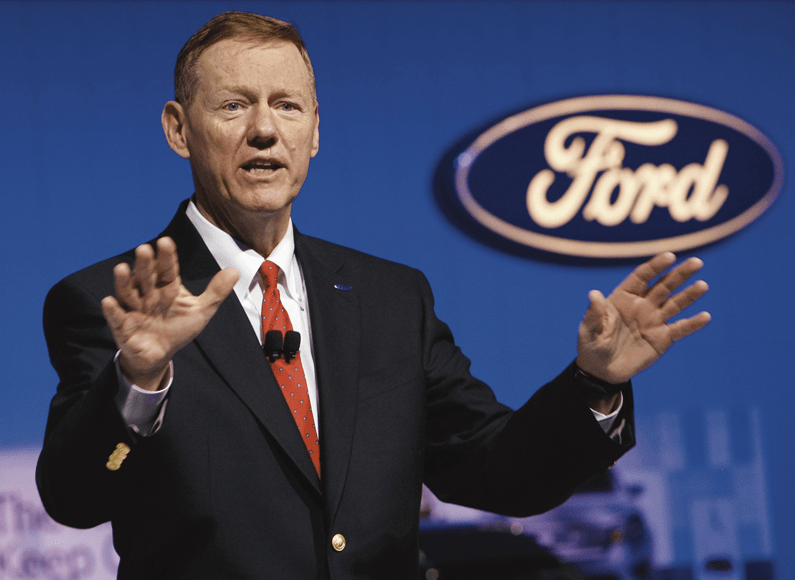 According to Phys.org Mulally joined on July 9th. And the timing could perhaps not be better, given a couple of recent high profile unveilings from the company.

First off, there’s Android Auto, which was announced as Google IO last month and is the company’s play for your in-car computer.

Essentially, Android Auto puts a ‘dumb’ screen in the car, which is connected to buttons in the car (like a voice control button on the steering wheel) – and then all of the clever stuff (satnav, music, etc) happens on your phone when you plug it in. The big challenge for Google though is going to be making Android Auto a standard across the car industry. Google announced at IO it had somewhere in the region of 40 car manufacturers in the “open automotive alliance”, but given the long lead times and the millions of other companies, getting everyone on board is going to be hard. Which is why having a former Ford CEO, who will know all of the major players in the industry, is going to be rather useful.

And of course, there’s Google’s weird looking self-driving car. Whilst the tech is very impressive, it is perhaps fair to say Google doesn’t know the car industry. Having someone on board who knows why people buy cars is going to be a plus.