Google Drive has become one of the first Google services to get the company’s “Material Design” makeover. 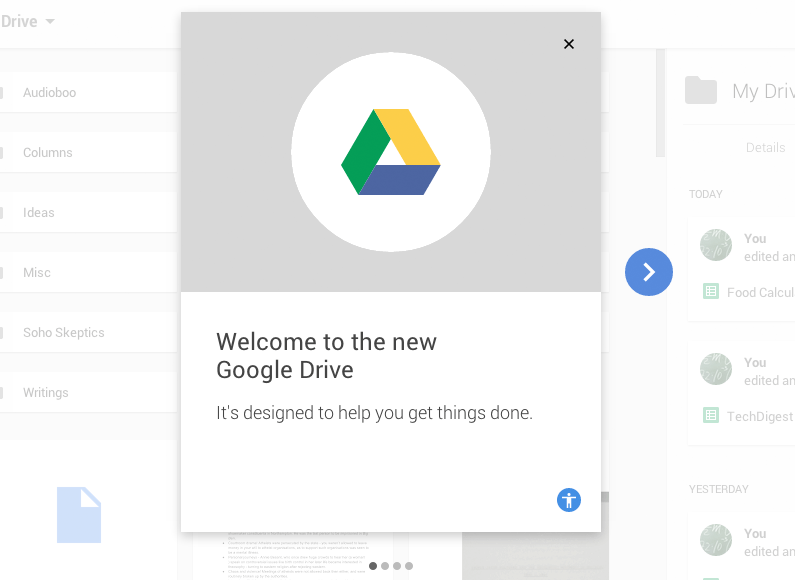 As we learned a few weeks ago at Google’s IO conference, all of Google’s products and services are getting a revamp in time for the next version of Android – “Android L” – in which everything from web apps to phone apps to the Android operating system itself will speak with the same design language. Its what Google call “Material Design”, and takes the trendy flat designs we’ve seen over recent years, and gives them a little more added depth. Here’s Google’s video explainer, if you missed it:

Anyway, Google Drive appears to have become one of the first services the company offers to launch its new look, with some users getting the option to experience the “new” Google Drive: 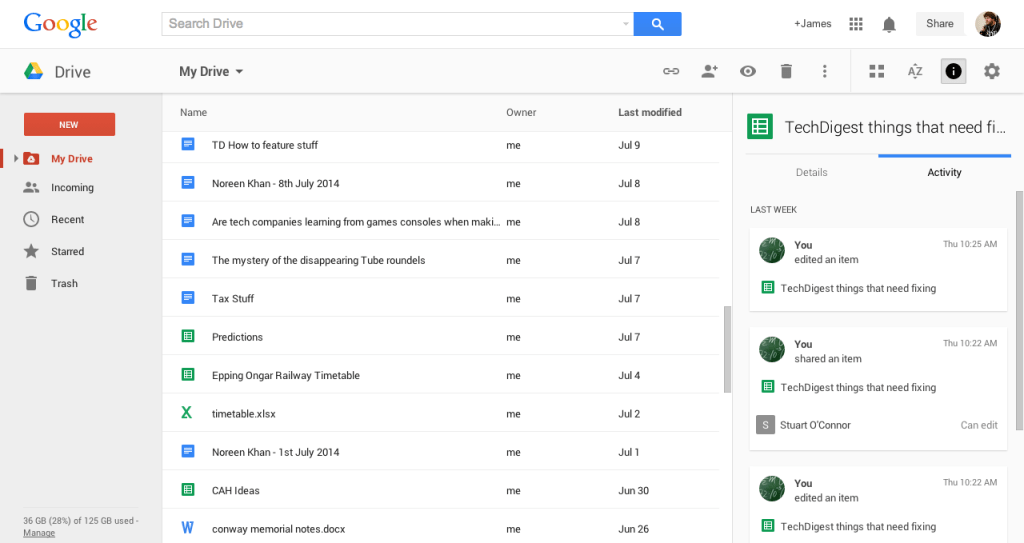 Essentially all of the functionality appears to be the same, but with more space between objects, larger fonts and objects sorted into “cards”, as per the new design. Icons are also becoming increasingly consistent, with, for example, the “More” icon being the same as the “More” icon on Android.

If you’re a regular Google user (who isn’t?) expect to see more of this soon.