It was a classic episode of Seinfeld, where Jerry and his pals spent the entire half hour wandering the carpark of a shopping mall looking for their car. 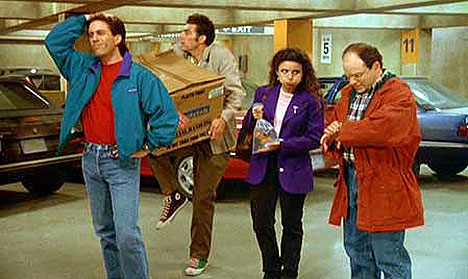 Now, according to techradar, no longer being able to remember where you parked your car may become a thing of the past (just like the brilliant Seinfeld show itself).

The report says that an iOS 8 a screenshot appears to contain files that reference parking pins, “which we assume would give you a reminder of where you parked the car”.

“Apple said nothing of this during WWDC, so we can’t guarantee that this will come in iOS 8 – perhaps we’ll see it in iOS 8.1 instead,” techradar says.

Now, if only one of the tech giants could do something to erradicate those annoying car alarms as well…