Remember the old British Telecom slogan “its good to talk”? It turns out this may not be the case if you’re a a poor musician who happens to share a name with what could be Britain’s worst ISP. 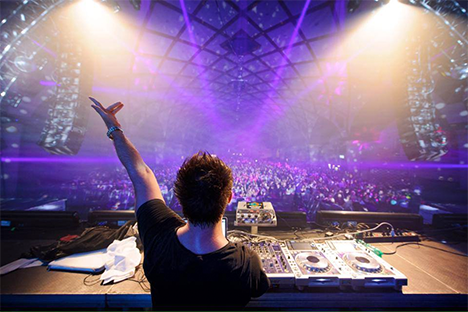 BT is a Grammy-nominated composer and technologist, and got his hands on the @BT Twitter name before the telecoms company. Now try to imagine thousands of angry BT broadband users wanting to vent their anger at poor service.

I get so much (literally 1,000's daily) of hate Tweets intended for @BTcare it's taking the enjoyment out of Twitter for me.

In fact @BTcare themselves mistakenly identify me as apart of their company on a regular basis. Can't take anymore. Cc @Twitter

I don't think you understand @phorenzik imagine if your email inbox was 95% spam. That is what my @Twitter experience is now.

I think @BTcare service is worst in England @phorenzik. That or the Scottish and Irish complain way less.

Okay flying home now. When I land I'll let you know how bad @BTcare is effing up Britain's internet, or jump off something. #cantakenomore

RT @HaydenEvz: @Bt hi, I hate that fat ginger kid on your adverts.. He's an annoying prick (Would you want to read <<<this all day?)

Luckily though, there was a happy ending of sorts. @BT was given a verified account by Twitter, which includes some extra options for blocking unwanted tweets.

And thank you @Twitter for rocking so hard, and caring enough to reach out and help.

Sadly though, poor BT isn’t the first person this has happened to. A few months ago the plight of poor old @JohnLewis from Virginia, who shares his name with the department store was spotted doing admirable free customer service for his namesake – and he’s still plugging away at directing people to the right place…

.@RumblieBandB @ArdmorHouseEdin Well, I can let you borrow a jacket, I suppose. I hear @johnlewisretail has a nice selection, too. Stay dry.

.@LornaGibb My sensitive service is none of your business. And I learn new things every day. I bet @johnlewisretail does, too.

.@dommonkhouse I agree that something is bitter and unpleasant. But it may not be the coffee @johnlewisretail

In the end, @JohnLewisRetail (the actual shop) made it up to poor old Virginia John:

Hi @johnlewis – thanks so much for all your efforts directing people to us. We'd love to send you a gift. Please can you DM us your address?

Perhaps @BTcare should do the same for @BT?

Or you know, it could just make its broadband service less terrible.