ZTE have announced a new handset – but rather than run Android like you might expect, this budget handset runs on the emerging Firefox OS. 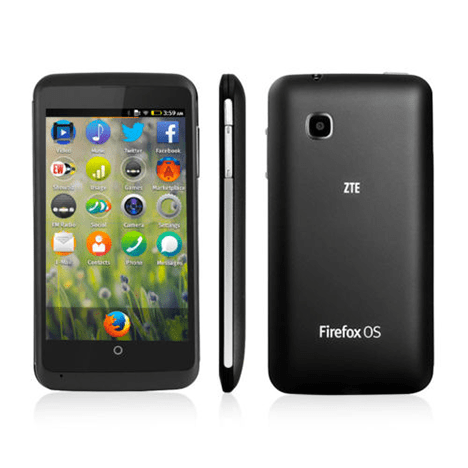 The ZTE Open C is clearly aimed at those on a budget – with a price tag of only £69.99 it has a spec to match: a 4″ screen, 1.2ghz processor and a 3 megapixel camera, it is hardly the Galaxy S5… but could be an interesting option compared to some of the (dire) low end Android phones.

The most interesting thing though is that it runs Firefox OS – which is being developed by Mozilla, the non-profit company behind the web browser of the same name. Whilst it is still early days for the platform, it is looking pretty good. The key selling point, and differentiator seems to be a focus on flexibility – with the apps on screen changing to suit different circumstances. Much like Mozilla the organisation, everything is worthily open source and customisable too.

The Open C is available now only on eBay. We’re hoping to review one soon, so will let you know what we think.