Okay, so phone names are always pretty stupid, we get it. What exactly does the “i” in “iPhone” mean? Galaxy? What does that even mean? But EE may have come up with the least cool name for a phone of all time – the “Kestrel”. 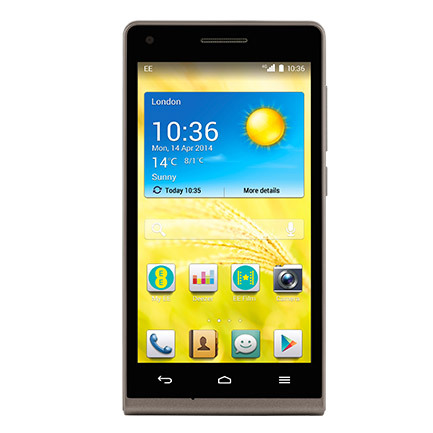 Presumably named for the bird that starred in bleak 1969 Ken Loach film Kes, EE are claiming that it is the “UK’s most affordable 4G smartphone” – with prices starting at £99 on Pay As You Go.

Spec-wise, the handset isn’t hugely remarkable – there’s a 1.2ghz processor powering a 4.5″ screen with 8GB of storage and a 5 megapixel camera (there’s a 1MP camera on teh front). And of course, it runs Android. And to be fair – the exterior isn’t as ugly as the name suggests.

Still, what it has going for it is price. Whilst PAYG starts at £99 including a £10 top-up, on a contract you can get hold of the device for free for only £13.99/month. And hey – if you want 4G then a bird in the hand is worth two in the bush.