Good news this morning from the BBC Trust, the corporation’s governing body. In a nice change from issuing yet another report beating up the BBC, they’ve announced approval for an extension to the amount of time viewers will have to catch up with programmes on iPlayer – increasing from 7 days to 30 days. 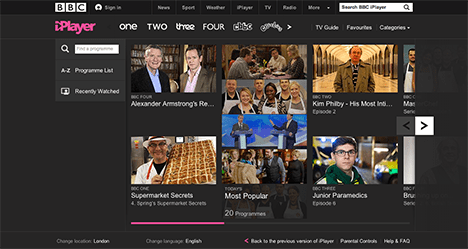 The changes look set to kick in during the summer, though it isn’t all good news. Bewildering the Trust have also decided to change how long series can be available for:

Under the plans approved by the Trust, the current ‘series stacking’ option, where multiple episodes of a TV series can be downloaded retrospectively, will end, although it will still be available for radio programmes. Instead, individual TV episodes will be available for longer under the 30 day extension.

This means that at the moment whilst you could go back and watch all six episodes of Stewart Lee’s new series for a week after the last episode has been broadcast, under the new plans though each episode will be available for 30 days, it would mean after a six episode weekly series you can only go back as far as episode 3. Bewildering.

The announcement comes just days after the BBC have also announced full support for the recently released Chromecast – supporting Google’s dongle now through the desktop iPlayer as well as the mobile and tablet apps.