There’s been a lot of hype over the last 24 hours over comments made by Microsoft’s Frank Savage who says that the company are “thinking through” plans to offer support for running 360 games on the Xbox One. However great this might be – I think we should approach these claims with a degree of scepticism. Here’s why. 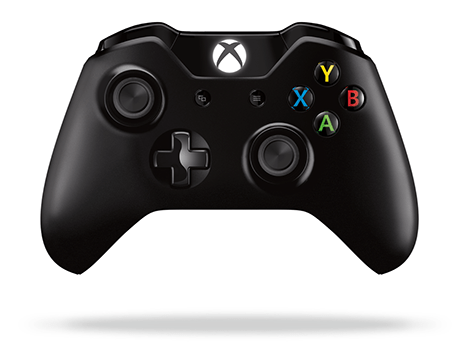 First off, there’s the simple technical challenge of making 360 games work. The 360 and Xbox One one fundamentally different hardware architecture – the new console made the switch to “x86” chips, which is what PCs use. This means that rather than simply make it possible to run software on the new console (think how you can run an app designed for Windows XP on Windows 7, say), they have to either build a software emulator or rebuild the game from the ground up. (The WiiU, by comparison, uses the same architecture as the Wii, which means it can use the same hardware).

The latter seems to be off the table – if you’re going to rebuild the game from the ground up, then not only will the data on the game discs not work in the first place, but they may as well upscale the games with fancy new graphics and stuff – not easy, and essentially the same as developing a whole new game. Microsoft will want to build new Xbox One games.

So what about emulation? Emulation is intensive stuff – the way it works is by creating a simulation of the hardware and translating commands from the emulated hardware to the new hardware. A good rule of thumb for this is that the emulator needs to be ten times as powerful as the device being emulated – and though the Xbox One is a powerful beast, there’s a lot going on before it even gets to gaming, so it may struggle, and in any case would require a lot of optimisation.

If you’re wondering why other consoles have managed this is the past it is simple: the way the original PS3 model managed to run PS2 games was because Sony had squished PS2 hardware into the casing of the PS3 – it was literally running on the same hardware. Nintendo did similar with Gamecube support on the original Wii.

So that’s the technical argument – basically, it is very hard to do. However, I think the more compelling argument is the economic one.

As I mentioned, the original PS3 release came with PS2 support. At the time this was a smart move, as it meant that the new console was not limited to the handful of titles in the launch window, and instead gamers could play the entire Playstation back catalogue. After a year or so, Sony updated the Playstation model sold in shops and quietly removed backwards compatibility… to very little uproar. The reason nobody cared anymore is because the console had bedded itself in, and crucially had plenty of its own games to play. Who wants to play old games when there’s lots of new ones?

The 360 had a similar launch – though it wasn’t natively backwards compatible with the original Xbox, perhaps like Microsoft are considering now, they did support emulation for a handful of major original Xbox titles – like Halo 2 and Grand Theft Auto: San Andreas.

So as time goes on, the case for backwards compatibility diminishes significantly – why would Microsoft want to spend so much time and money on making 360 games work on the new console, when they could instead sell you Titanfall and Watch Dogs? It’s not like you playing old games will make them any money anyway. And won’t most early adopters already own an older console to play on?

So really, I can’t see it happening. I won’t be surprised if they do announce individual support for big name titles – perhaps GTA5? Chances are though that the finance people at both Microsoft and Rockstar are already thinking of GTA6 instead.