Sony have announced the sale of the 7 millionth Playstation 4. Impressive stuff – but how does that stack up against the Xbox One? Read on to find out. 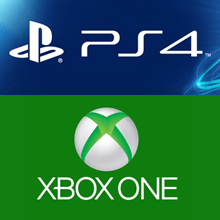 Unfortunately for worldwide sales of games consoles, there’s no independent arbiter who can release figures – so the best we can do is piece together the evidence from whatever Sony or Microsoft have deigned to tell us. So what do we know about how the Xbox One is doing?

According to Product Reviews, the last official figures we have are from the end of January – when they announced 3.9 million Xbox One consoles had been sold. That’s quite a long time ago now. So could the Xbox One catch up?

According to TechRadar, in February in the United States only they sold 287,000 PS4s and 258,000 Xbox Ones – so slightly less (but interestingly, they say that Microsoft still ended up with more cash because of the higher price of their console).

Meanwhile in PS4 land, it was only in early March when Sony hit the six million mark worldwide too. So they’ve sold a million consoles in about a month.

But this doesn’t account for what is potentially the biggest game-changer since then: Titanfall.

So what is the Titanfall effect? According to The Graun, in the UK the release of the game led to an increase in Xbox One sales by a huge 96%. But this is for the UK.

So can we learn anything from this? Umm… not really. Both companies have only been releasing favourable numbers, so it is hard to read into the situation without having any directly comparable numbers. Essentially, the answer to how well the Xbox One is doing in comparison is a disappointing “nobody really knows”.

Personally, I’d wager that the PS4 is still slightly head, but the Xbox One has narrowed the gap – but this is just baseless and irresponsible speculation.

Who do you think is winning? Let us know in the comments.