Excellent news for everyone who isn’t quite as cool as they like to think they are: a new Tony Hawk skateboarding game has been confirmed by Activision to be in development, allowing a new generation of players to skate vicariously through a virtual avatar. 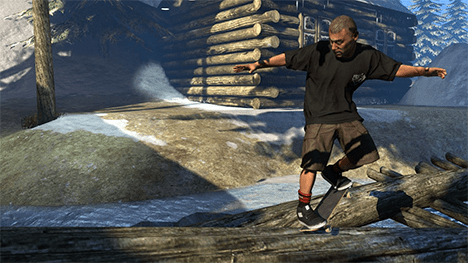 The game series will be fondly remembered by gamers of a certain age (well, me) as being not just huge amounts of fun, but also introducing gamers to tonnes of awesome music. Who can forget skating through the School level whilst Goldfinger’s Superman played loud?

Unfortunately in recent years the series has been absent – with no truly great Hawk games since, arguably, Tony Hawks 3 way back in 2001. The games following that saw experiments with a weird sandbox story mode, crappy motion controls (Downhill Jam) and bizarre skateboarding peripherals… when all gamers really wanted was some blasting pop-punk and arcade game sensibilities.

Most recently a remake of the first game was released as a digital download on Xbox 360 and PS3 – Tony Hawks Pro Skater HD took some of the most popular stages from Tony Hawks 1 and 2 (and with DLC, 3 too), and recreated them… mercifully retaining the ability to manual and revert throughout, which were introduced in 2 and 3 respectively.

We’ve not got any details on the new game yet. We only know about it because Hawk himself blabbed about it on a radio show – which was later confirmed by Activision (according to IGN). This said, it is reasonable to assume it’ll probably be coming out for at least PS4 and Xbox One… and it’ll probably feature some skateboarding of some sort.

More as we get it.