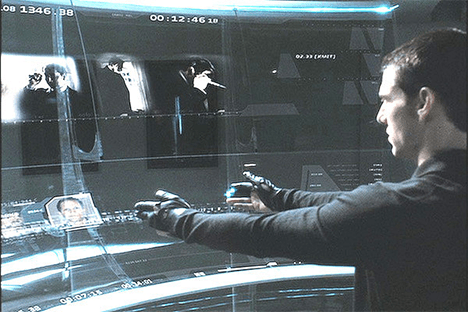 Since the 2002 film Minority Report, much has been made of the screen technology predicted by the film. In an era when even flat screens were novelty, the film featured Tom Cruise’s character manipulating data by swiping around windows, resizing them on the fly – all with a flick of the wrist.

Twelve years on and a lot of what Minority Report predicted has come true. The NSA have set about trying to replicate the draconian security state, we get our news on the train from slimline tablets and road-side adverts have started to track us to deliver personalised messages. But what about the swishy screens?

What’s strange is that we now largely have the kit – we have touchscreens that are large and flat… yet they still lack the… flexibility of those seen in Minority Report. Perhaps though – there is an answer. 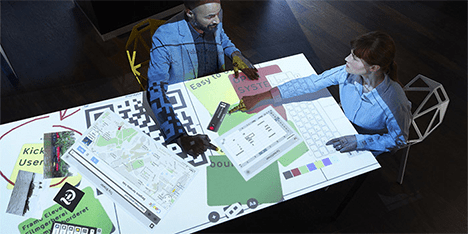 A company called Dizmo have today announced the start of a Kickstarter to build a new platform for touchscreen interfaces – aiming to solve just this.

“Today’s user-interfaces feel inadequate to provide a natural (easy, direct, intuitive) access to all our digital gizmos, or «dizmos» as we call them, whereas hardware performance and availability continue to rapidly grow. It is a software problem that dizmo aims at resolving.”

Check out this video to see it in action:

Apparently once built, Dizmo will be compatible with all of the major operating systems and will enable users to manipulate each widget to meet their needs – rotating, and scaling them to fit where they need them to. Examples given include calendars, post-it notes, video streams and even triggers for apps like Skype and Twitter. There are even plans to have widgets on the interface interact with other “internet of things” type devices, that are becoming increasingly popular. 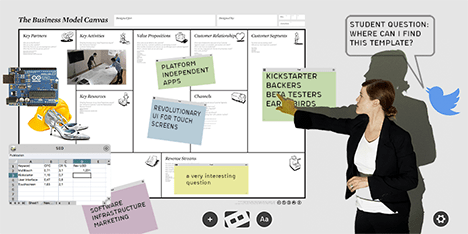 It’s being touted as a collaboration platform – and you can totally imagine it working in offices and learning environments:

Here’s how Dizmo describe some of the key features of what you can do with different Dizmo widgets:

Beneath the hood, it all runs on HTML5, CSS and Javascript – the same thing many modern web apps run on, so shouldn’t be difficult for developers to build in support for. The risk for backers though is of course that Dizmo is only a small start up, so securing the support of developers early on is going to be crucial if they’re to be successful. You can bet that either way the likes of Apple and Google will be looking on with interest – ready to pounce with their own version if Dizmo is successful.