You may have spotted something on TechDigest. Most of our stories this week are coming out of the Consumer Electronics Show in Las Vegas – the annual gathering of the great and the good of the tech world (apart from Apple, of course), who get together to show off their latest gadgets and use their increasingly large TVs as part of a phallocentric display of industry dominance.

One of the traditions of the show is awarding a “best in show” award to a specific gadget – but as Alex Hern pointed out the other day, it’s not exactly a good indicator of what will be the Next Big Thing – in fact, it seems like a poison chalice. (Remember when we all bought Creative Zen players? Exactly – me neither).

What we can do though is look at CES and the thousands of products, and perhaps semi-accurately see if we can spot some emerging trends in the tech industry. The year after the iPad was announced, CES was awash with tablets, for example. So what’s big at CES that could be next?

There seems to be two strong competitors: curved screens and wearables. And if you ask me – I’d put my money on this CES being the starting point for Wearables being a big thing.

Why? Well… why do you need a curved TV? The big guns – Samsung and LG have been willy-waving with 105″ curved sets but the world’s reaction seems to be a shrug of the shoulders. Why do we need this? What possible benefits are there?

As markers of possible future developments, these could be interesting – like how the car industry has “concept cars” which look awesome but don’t exist. But until the tech is refined to a point where the TV can be folded up after an evening’s viewing, is anyone really going to opt for this? Similarly on mobile devices Samsung have tried to make some noise about curvature – but other than showing off, there doesn’t seem to be much utility there.

A much more viable contender for the technology that will make the show is in the realm of wearables. For a few years now tech companies have been trying to crack the wearable nut – with a few crappy attempts like the Galaxy Gear smartwatch or the missing-in-action Google Glass… but this year’s CES could mark the point when wearables are taken seriously.

Pebble, the e-ink based smartwatch that wowed everyone on Kickstarter have announced a new model – the Pebble Steel, which takes the original “proof of concept” design and slims it down into a smaller and sleeker package. Crucially too the company have finally launched the Pebble App Store, jump starting the watch’s app eco-system, which once it has remotes for all of the most common devices could become invaluable. 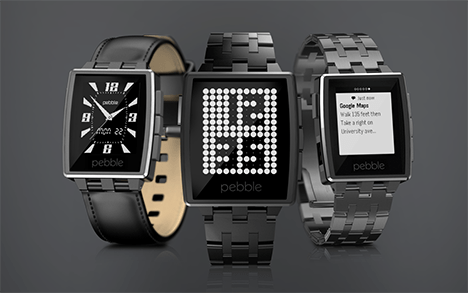 CES has also been a big deal for wearable fitness technology. A number of companies, including Sony, have announced new fitness tracking bands similar to Nike Plus. The new Fitbit Force improves on previous models and will track everything from your heart rate to your calorie intake – and will hook up to an app on your phone to give you all of the details. 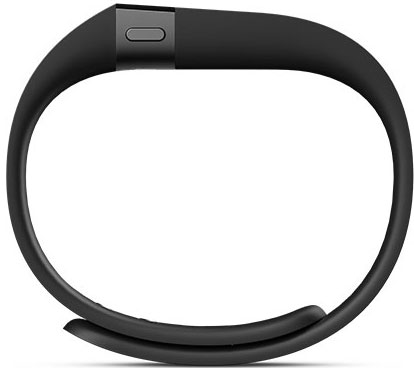 3L Labs even came up with a bluetooth insole for your shoe, which can monitor health metrics. 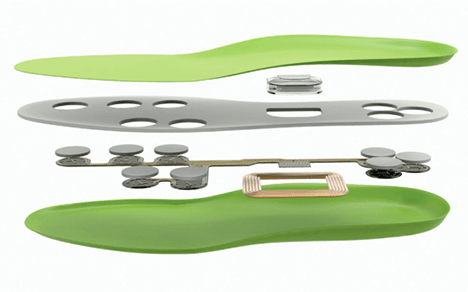 And of course, as we covered earlier, Intel have unveilled the Intel Edison – a fully functioning computer that can run Linux, complete with bluetooth and wifi – that is the size of an SD card. This is going to make “embedded” devices – normal things with an on-board computer, even easier for manufacturers in the future. So don’t be surprised if we start seeing the Edison in everything from toasters to washing machines in future.

So could this be the start of a wearable revolution? As technology gets smaller and cheaper, we’re surely on the verge of the ‘internet of things’ – and putting these ‘things’ on our bodies is surely logical progression. In a few years time – we’ll all be cyborgs. But we probably still won’t be watching a curved TV.