Sony have uploaded a new trailer for a game based on Sherlock Holmes – and it appears to be rather intriguing indeed. 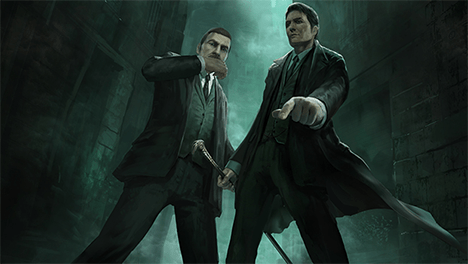 Not linked to any of the recent reboots with Robert Downey Jr or Benedict Cumberbatch, the game is set in Victorian London, and apparently also draws in themes from Dostoyevsky’s Crime & Punishment too.

Watching the trailer, it is hard to discern exactly how gameplay will work – though our money is on something between LA Noire and classic point & click adventure games. The game apparently will feature six cases – each with 3-5 different outcomes, which should add much replay value. The narrative will apparently branch out – and players will be confronted with making moral choices.

In what is a clear influence of the BBC’s Sherlock, there’s also going to be deduction sequences in which Sherlock will figure out what is going on what little more than, say, a strand of hair.

Personally, I’m hoping that the game draws on what I believe is widely considered to be the definitive Sherlock Holmes:

Despite the trailer being posted for Playstation, the game looks set for release on both Windows and Xbox 360, in addition to PS3 and PS4 (no Xbox One just yet).