As we watch from afar as Nintendo tries to figure out what to do now it is losing money and the WiiU is failing, it turns out that Nintendo have been doing some lateral thinking: what else can a big Japanese electronics company get up to? It turns out that the answer might be healthcare. 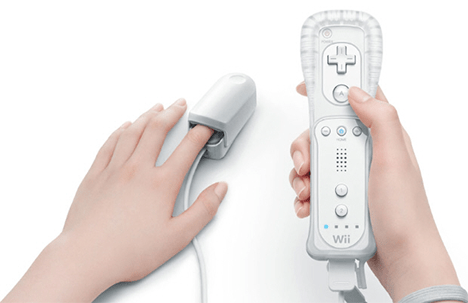 As reported by Pharmafile, the company are apparently looking to diversify into the healthcare sector to boost the bottom line. And actually, when you think about it… it actually makes a lot of sense.

Whilst it’s perhaps unlikely that Doctors will start recommending 1-Up mushrooms or fairies in bottles to patients, as a technology company Nintendo are well placed to design and manufacture specialist medical devices. If they make a camera for keyhole surgery and call it the Nintendoscope, I’m calling it as having thought of it first.

Nintendo’s beleaguered President, Satori Iwata has apparently promised that their first product would be “not necessarily something you will use in the living room”, planting the delightful mental image of the Wii Fit trainer for not doing your colonoscopy right.

Speaking of Wii Fit – this does show that Nintendo has form in the health arena. Not only did they make the wildly popular exercise game, but they’ve also experimented with what became known as the Wii Vitality Sensor (pictured above). Though it never saw the light of day in gaming, you have to wonder if someone saw it sitting in the office and thought “You know who might find this useful? Actual medical professionals”.

What makes this especially apposite is that Nintendo are a Japanese company, and Japan has an ageing population – with the second highest life expectancy in the world at 84.2 years old.

The only risk for Nintendo is that there’s potentially tough competition in the health business. Though Iwata has ruled out a wearable device the fact that things like the Nike+ and the Fitbit exist suggest that big tech companies are also taking an increased interest in health.

So who knows, maybe one day they’ll find the cure… to lacklustre profits?