The awesome Sleeping Dogs is currently available to download for free if you have an Xbox 360 with Xbox Live Gold subscription – as part of the Games For Gold programme. 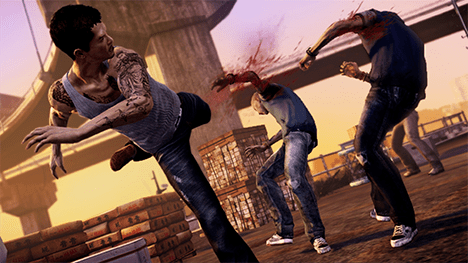 If you haven’t heard of it – it’s time to change that! On the surface it’s a Grand Theft Auto-clone set in Hong Kong… but it’s so much more than that too. There’s jumping between moving vehicles and delightfully for British players, driving on the left.

Perhaps best of all is the combat system, which rather than focus on guns is all about hand-to-hand martial arts. (This is Hong Kong, after all). This means that fights are not about who can shoot first, but you have to be skilful – chaining combos to make an impact. There’s also certain environments you can interact with in combat – like smashing your opponent’s head against various industrial equipment. 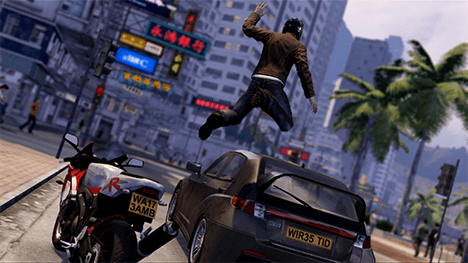 The game was originally planned to be part of the “True Crime” series – though after living in development hell for some time, was snapped up by Square Enix, and turned into a separate game. The plot itself sees you take the role as undercover cop Wei Shen, tasked with infiltrating the crime families of Hong Kong… but as Wei gets further involved, will the criminal life corrupt him? Brilliantly, the game manages to have its cake and eat it with regard to morality: allowing you the anarchic freedom of being a bad guy who can hurt people and steal cars, yet finding the moral justification in the narrative, as you’re secretly one of the good guys.

Perhaps most importantly, it plays completely solidly – unlike other GTA clones that often feel lazily done, Sleeping Dogs feels like a premium title and looks incredible too (much better than GTA4, though perhaps not 5).

It’s a truly superb game and was criminally overlooked when it was released – so get it now and see what you missed!