Let’s face it – Facebook is the social network you love to hate. Whilst all of the important chat happens on Twitter, and your trendier friends are all Snapchatting each other, we still maintain our Facebook accounts out of grim necessity – because that’s where all of your friends from back home can be found. 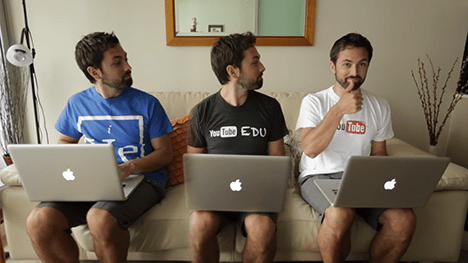 No one really enjoys it – and whenever they change something, they seem to make Facebook actively worse. Let’s face it – if you thought your friends would follow you there, you’d switch to another service… even Google Plus. But what’s stopping you is the inertia 300 of your closest friends.

So why is it so rubbish? And why does the algorithm always throw up pictures of babies and weddings? YouTuber Veritasium has a great theory – that has been picking up a lot of attention. Have a watch:

I think the most salient point is the “Like” button distorting the algorithm. In the video, he argues that because people tend to like photos weddings and babies, Facebook will think that this all you want to see – creating a self-perpetuating cycle.

Compare this to Twitter – which is much more pleasant. As the user gets to see everything, and has to choose manually who to follow and unfollow, you can be assured the content will be more interesting. I may not agree with someone on Twitter, but I’ll follow them because I find their views provocative, interesting and engaging – but I wouldn’t click “Like”. Facebook needs to learn that it’s okay to be angry sometime too!

The analysis of the “promotion” problem is also a good one – it seems odd that a website designed to help people communicate deliberately prevents its users from doing so – by hiding posts from large numbers of people.

So can Facebook change? I hope their developers watch this video and have a rethink.

What do you think could be done to fix Facebook? Let us know in the comments.