There’s a number of intriguing rumours this morning about Apple’s plans for Apple TV box. When it was launched by Steve Jobs in 2007, it was described as little more than a hobby – but now it seems so much more than that. 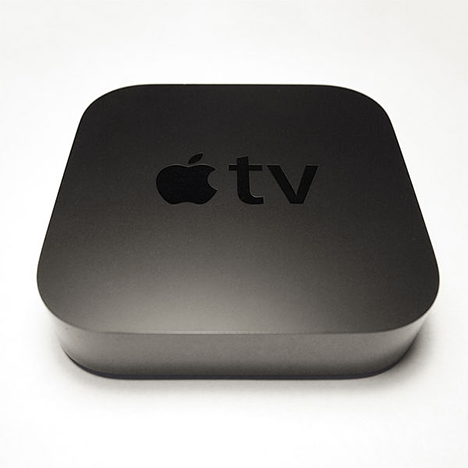 The folks at 9to5 Mac have been engaged in a little Kremlinology and have been attempting to discern what is going on inside Mountain View from the outside. The big shift appears to be on the Apple website’s store, which has graduated Apple TV to a fully fledged section of the store. This suggests that Apple are increasingly seeing it as the fifth pillar in Apple’s product range after the iPhone, iPad, iPod (remember those?) and Mac.

This tallies with the increased output from the Apple rumour mill regarding the device – which if they’re all correct (perhaps unlikely) the next Apple TV will feature the following features:

Proper App Store Integration – Previously the box has only had a handful of apps available, but the suggestion is Apple are going the route of iOS and will allow developers easier access. Perhaps the new box will even run a version of iOS itself, to make development super easy?

Proper Game Controller Support – Apple have recently codified a standard for iOS game controllers, and the suggestion is that this will also hook up to Apple TV, meaning the Apple TV will be able to compete with the home consoles like Xbox One and PS4 (or perhaps more realistically, the smaller scale consoles like the Ouya).

Built in TV Tuner – One rumour doing the rounds suggests that the next Apple TV will also have a TV-in, and work like the Xbox One to provide a TV guide/swishy interface to control your satellite or cable box.

Built in Airport Express Router – And finally there’s a rumour that the future box will also include a built-in router. The idea being that if the Apple TV is the hub for your home network, it will be plugged directly into the wall, and thus have better internet speeds for streaming video and the like.

So will any of these pan out? The last iteration of Apple TV was announced a year ago yesterday, and the version before was launched in March 2012, suggesting we’re in the part of the year when Apple are likely to make an announcement – so should we expect one soon? Let us know what you think in the comments.