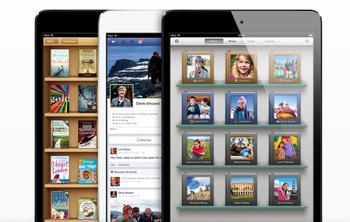 Opinions on which 2013 tablet is best for gaming will always be largely subjective depending on screen size preferences and budget, but there are a few golden rules to which any gaming tablet must adhere: a good display, a fast processor and a good app store.

The three main operating systems are Windows, Android and Apple’s iOS. iOS is generally considered to be the best due to the standard of cutting edge games designed specifically for Apple machines.

Both new Apple tablets benefit from the incredibly fast A7 chip and both are wonderfully intuitive with perfect sweeping, swiping and scrolling. There’s no graphics lag which you might suffer on lesser Android equivalents, and both are very well made.

Most games aren’t too challenging for any decent tablet.

If you’re playing standard physics games like Angry Birds, puzzles like Candy Crush, or online casino sites then most mid-range tablets should be sufficient. If you’re playing graphics heavy arcade games on the other hand you need to be more discerning.

If you’re playing standard physics games like Angry Birds, puzzles like Candy Crush, or free slots sites like //onlineslotsx.com/free-slots/ then most mid-range tablets should be sufficient. If you’re playing graphics heavy arcade games on the other hand you need to be more discerning.

The Google Nexus 7 2 and the Amazon Kindle HDX are both excellent 7inch options, and the ageing Samsung Galaxy Tab 3 is a decent alternative for those on a budget who want a brand name at a low price.

It may not have the pixel density of the previous two so arcade games may suffer, but this can be good if you’re playing less graphically demanding games.

Find your type of game – arcade, casino, puzzle or a bit of everything – and pick a tablet which suits your needs.