Over the weekend Valve got around to sending out its Steam Machines to a selected handful of beta-testers. The Machine, which is perhaps halfway between a PC and a games console is designed for living room use – and could potentially challenge the PS4 and Xbox One. And now we know what it will actually have inside. 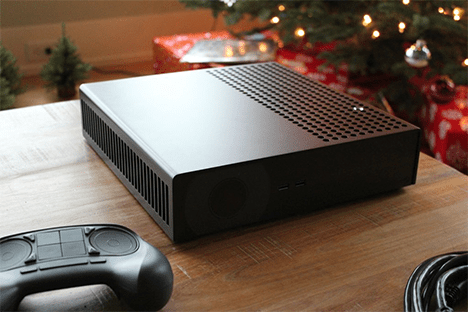 These lovely photos were taken by Reddit user Colbehr and show off what to expect. As you can see above – it was delivered in a big wooden case perhaps subtly making Valve’s point that it’s their secret super weapon in the home console war. 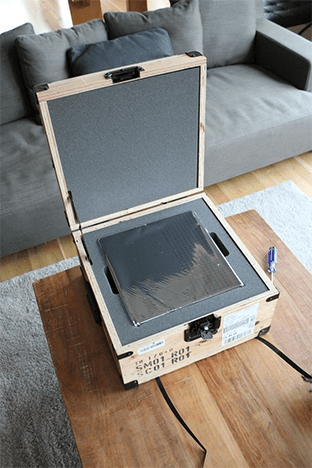 If you’re unfamiliar with the concept, the Steam Machine goes hand-in-hand with Valve’s recently announced Steam OS – which itself is derived from Linux. The company’s plan is to turn Steam – their PC gaming distribution platform (think Xbox Live for PC games) – into something akin to a console – so able to run on computer without the need for Windows or Mac OS, and able to run without a cumbersome keyboard or mouse on your living room TV. Hence the weird new controller – that looks like something you might find on a PS4… but with two big indented rubber bits rather than buttons. We’ve no word yet on exactly how it plays.

So what do we know about the new box? Well – for a start, it’s rather pretty and appears to be taking it’s “Black Slab” design cues from the PS4 and Xbox One, which appear vaguely similar. 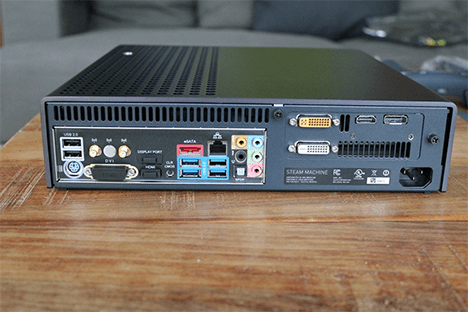 There’s a nice shot of the back of the box – showing what connectivity will be on offer. There’s 6 USB ports (4xUSB3.0, 2xUSB2.0), ethernet, wifi, DVI, DisplayPort, HDMI out, eSata support, as well as what appears to both optical and normal surround sound options. Plus what appears to be a pass-through for another HDMI or video device? (If anyone has any better idea what the ports on the right are for, let us know in the comments). 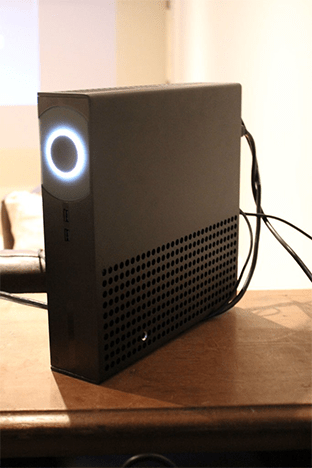 But perhaps more importantly now… how does it fare under the hood? Apparently the device sports an Intel i5-4570 3.20ghz 4 cores processor, 15.6GB of RAM, a GTX 780 GPU with 3GB video memory (Zotac made) – and Colbehr speculates that the motherboard is probably an ASRock Z87E-ITX with a Silverstone ST45SF PSU.

If that doesn’t mean anything to you, don’t worry – according to another Redditor on the thread, the take home point is that it’s vastly more powerful than the PS4 or Xbox One.

“This thing is about 3x as powerful as a PS4 and almost 4x as powerful as a Xbone. But that’s just going by GPU performance alone.”
“The 16 GB of RAM and Intel Core i7 processor in this device absolutely obliterates the mobile AMD CPUs in the PS4 and Xbone and probably bumps up its overall gaming power well past 3x/4x.” 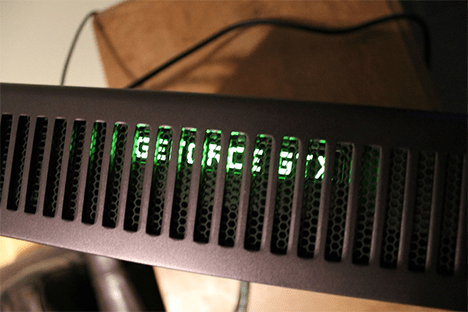 Crikey! But then this isn’t a console – it’s a high-powered gaming PC – and will inevitably be priced accordingly. So I’d expect this to retail north of a grand – not a few hundred pounds like a home console. Can it make an impact? It’s probably too early to tell – we’ll report back when it’s available in the UK.