Exciting news for fans of the Legend of Zelda series this morning as the London Symphony Orchestra have announced a concert in which they’ll be playing a full set of Zelda music at the Barbican. 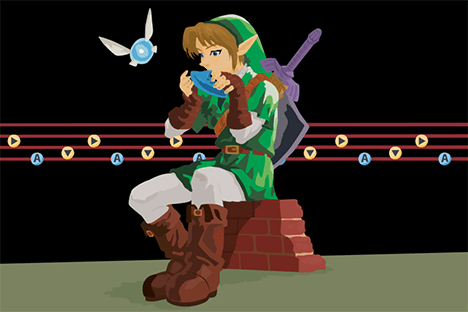 This awesome illustration is by CanadaRocker on DeviantArt

Rather than play meaningless tunes by some old dead guy commissioned by a long-dead European monarch, the LSO and the London Symphony Choir will be playing work that is relevant for the people of today. I mean, I don’t care who Handel’s Messiah was, I want to reminisce about when I was in the Lost Woods chasing after Saria’s Song.

Word on the street is that the music will be arranged by Jonne Valtonen and Roger Wanamo, whoever they are – and that the on-stage orchestra will have over 200 performers, making it possibly the largest videogames orchestra of all time.

The concert, which is due to take place on July 13th 2014 will be held at Barbican Hall, and tickets go on sale tomorrow.

Interestingly too this follows… well not exactly hot on the heels, but certainly lukewarm on the heels of a similar concert held a couple of years ago celebrating Zelda’s 25th anniversary at the Hammersmith Apollo. You can see the video of the main theme below. I was there in the audience, and can confirm that there’s something incredibly exciting about seeing all of those songs you know so well played by a full orchestra. The only awkward bit was when Robin Williams’ daughter, Zelda Williams stood up to compere the event, one of the neckbeards in the audience thought it appropriate to shout out “You’re gorgeous!”, as though he’d never seen a girl before.

So I can’t wait – here’s hoping no one else buys tickets until I’ve got some.