The internet has been abuzz since Amazon announced their ambitious drone plans last week – but one forward thinker from Manchester, Nathan Rae, doesn’t think that Amazon are being ambitious enough. So he’s come up with a concept for a revolutionary system of drone delivery: Pigeon Post.

The idea is both simultaneously simple and complex. At a basic level, it’s a bit like Royal Mail for drone delivery. In a few years time, it’s plausible that the skies will be buzzing with drones, and a unified system of delivery might well be the most efficient way of managing the space above our heads. Pigeon Post – as far as I can understand – essentially treats parcel delivery like the internet treats packets of data – by passing it between different nodes in the quickest way possible. So your package will be carried some of the way there by one drone, dropped off, then picked up by another which will take it the last stretch, enabling the first one to go back to base and get the next thing – and so on.

This would all be driven by a QR code system containing ID numbers of the customers, expected delivery times and so on. As all of the route data would be logged, it would be easy for the postal services to figure out who owes who money at the end of it.

What’s astonishing is that even though it’s just an idea at this stage, is how much detail Nathan has figured out – for example, he’s designed standards for parcel cases, and even charging stations (which could be sat on any roof – and used by drones when they’re in rest mode between deliveries). 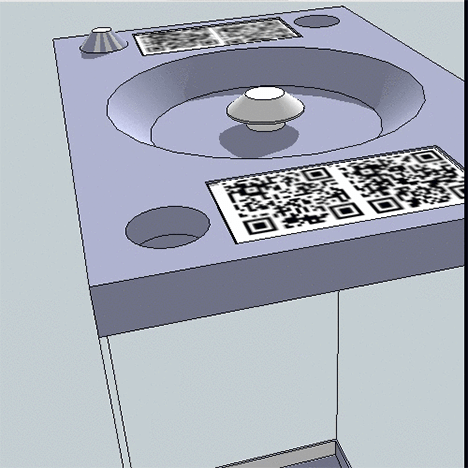 What’s also cool is that Nathan has even planned for what happens during emergencies – if the drone fleet is alerted to an emergency, the drones nearest will drop what they’re doing, and automatically go and pick up the nearest first aid kit and bring it to where the emergency is.

So could it work? Let us know what you think in the comments – and remember when the Pigeon Post is operating in the skies above us… you saw it here first!