In 1999 Quake 3 Arena was released – and it provided what was then probably one of the biggest, best and most exciting online gaming experiences going. All of the players were trapped within a small arena, laden with weapons, and tasked with shooting each other to bits. Top stuff. 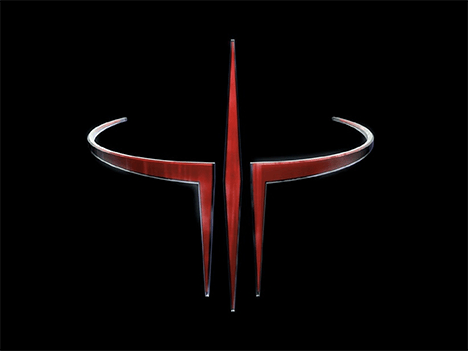 Fourteen years on though and I can’t help but be a little disappointed about how not-very-far online multiplayer has gone. Sure, there’s experiences like World of Warcraft or indeed Starcraft, but for the humble console owner who likes a shooter, online multiplayer is pretty much the same as ever.

Take Call of Duty: Ghosts – go on to multiplayer and you’re thrown into a small arena, with weapons, and have to kill the other players. Sure – everything is brown and grey rather than brightly coloured (because it’s gritty y’see), but essentially it still feels very similar. I run about a bit – I eventually find another player… and before I’ve even aimed my gun I’ve been shot by a 12 year old. Ho-hum.

So I’m wondering… can’t games do better than the deathmatch? Are there not any other possible multiplayer experiences?

Oddly enough, the recent Grand Theft Auto Online illustrates both the problem and a possible brighter future. As you’ll no-doubt be aware, Rockstar games have built a gigantic game world, that’s populated with immense detail, rich characters and an astonishing amount of personality. It’s the ultimate sandbox – and a vibrant tapestry on which it feels almost anything can happen.

Which is why the multiplayer is largely built around two major game types: the deathmatch and the race. Which have been with us since game immemorial.

Despite all of the possibilities over the overworld, if you want to do something competitive, you’re thrown into a small arena with weapons and tasked with killing your opponents. Or are given a car which you must get to the end of a track before your opponents. Even a parachute landing is essentially just the same thing as a race.

There is hope in GTA Online though – and that’s because it has managed to introduce something resembling a narrative into the online world. In between the random killings of the overworld, and specific killings of these multiplayer face-offs, as a player you’ll occasionally get phone calls from other characters in the game challenging you to specific missions in which you must work together for some narrative goal.

Admittedly these aren’t hugely complex- pick up the macguffin from some crims, drive it to another location, and get rewarded with cash – but the teamwork aspect is nice to see. It’s very odd to play an online game in which you don’t have to blow up your opponents but instead achieve something together with them. After some particularly epic missions you’ll leave with a new-found respect for your fellow gamer. There’s one particular mission, in which you have to blow up a succession of police vehicles whilst being pursued by pretty much a small army – after completing this and my companion and I had been beamed out of the mission and back into the overworld we were still stood there, slightly shocked at having finished… we didn’t even immediately try to shoot each other again.

This may not seem like a big deal – but in a game where driving around online is closer to the libertarian paradise of Mogadishu than Los Angeles, it felt significant.

In fact, after one such mission, my teammate didn’t just not kill me when transported back to the city, but got into my car. Being British and unable to cope with awkward social situations, rather than risk the silence (neither of us had headsets)… I just quit the game to avoid him.

Anyway – what’s really clever about GTA Online is that it augments the multiplayer with something important… narrative. I’d been on a journey with my fellow players – not just shot them to bits. It had been contextualised by Lester explaining that it is important to take the heat off of him – so we had purpose.

So I’m thinking… can games learn from this? GTA have come up with a neat way of combining both the element of playing online with other people and the element of doing something slightly more varied online.

It’d be easy to criticise this analysis by saying that this isn’t too varied – I mean, ultimately you’re still driving to a place, shooting a guy, and taking thing x to place y, right? But narrative matters – and how you dress it up is important. Lord of the Rings and Star Wars are pretty much the same – a bunch of people working together to solve a problem. But we still watch them because it is dressed up in an engaging way. Videogames are exactly the same: You wouldn’t play a game that was just a blank screen that listed button sequences to press at the right time – the game needs to dress it up as GTA, Far Cry or Guitar Hero.

So can’t we dress up multiplayer a bit more? Perhaps put more emphasis on plot and less on meaningless violence – c’mon games: give me a reason to want to succeed.