The original Gears of War is going to be available for free for two weeks from December 1st to Xbox 360 Gold Subscribers, as part of the Games with Gold programme. And coincidentally, Microsoft’s Phil Spencer has been hinting that the series could return. 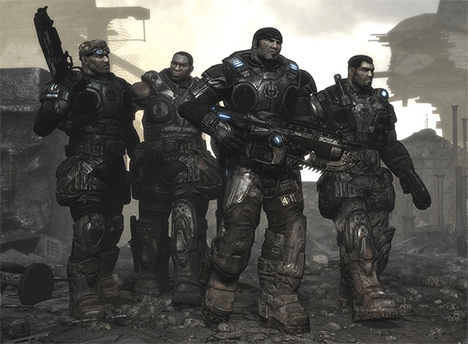 So don’t throw away your old 360 just yet. Games for Gold is the programme in which Microsoft have been rewarding gold subscribers with free (old) games – and GOW is one of the most prestigious yet. The third-person-shooter was the fastest selling game of 2006, and won universal acclaim – with an average metacritic score at the time of 94%.

It also spawned three sequels – the latest of which, Gears of War: Judgement – hit earlier this year.

So tune into Xbox Live from December 1st to download it!

Coincidentally too, Phil Spencer, who’s head of Microsoft Studios has just been interviewed by Kotaku, in which he said:

“I want to continue to work with Gears. I think there’s a lot of life left in that franchise. We had an internal discussion on it even yesterday. It’s something that’s active in discussion about what we can do with Gears.”

So that’s exciting – let’s hope those gears start moving towards the Xbox One soon.