The first in a possible series of ideas for making things better using the power of technology. 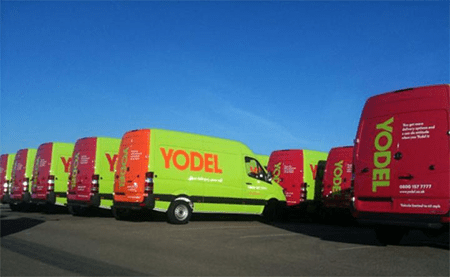 Technology is often described as “disruptive” if it comes into the market and blows the old-school competitors out of the water. Perhaps the best example of this is the iPhone. Before it arrived, phones were bricks crammed with buttons that could only usually do things that were baked in by the manufacturer. Within a few years a big touchscreen was the new standard, and apps changed forever the way we look at phones. In fact, its actually quite surprising when someone uses their phone to actually make a call.

This happens all of the time, and we might not even notice it. Hailocab is an awesome little app that has revolutionised taxi travel in London and other major cities around the world. Now when it’s late at night and you’ve figured out your mental justification for not getting the much cheaper bus, rather than wait on the street corner helplessly waving your arms in the air waiting for a cab, you can press a few buttons on your Hailocab app and summon a cab right to you – even if you’re somewhere a taxi is seldom seen (like, er, basically all of South London).

What’s cool about Hailocab too is that using the GPS in your phone and the cabbie’s phone, you can see on a map in real time how far away the cab is from you, so you only have to step out into the rain at the last minute. And if you link up your credit card, you don’t even need to be carrying any cash. It’s great – so much easier, and better than the old system of hoping a cab would come past, and that you’d have enough cash in your pocket. It’s disrupted the industry and made things better.

I wonder if there’s another similar industry that could use a little Hailocab magic. I’m talking about parcel delivery.

If you’ve ever experienced the trauma of having something delivered by Yodel, you’ll know that something is wrong. For some reason, companies like DHL and Yodel think the best way to deliver a package is to knock on your door whilst you’re at work – only to come back and try again the next day at the same time. So inevitably you’re then faced with a trek to a grim industrial estate with your delivery card to pick up your parcel.

What’s mad is that this could easily be revolutionised. We already have parcel tracking that will tell you if your goods are in the warehouse or out for delivery… but why not use the driver’s smartphone to tell the user how far away they are? And given that the sender almost certainly knows the recipient’s email address or phone number, why not get them to input these details so they can be phoned or emailed to see where they are?

Other delivery services, such as the grocery service Ocado are slightly more advanced – their drivers will arrive in an hour-sized window of time and will call to update if they’re running late. So there’s proof this process can be improved.

But why can’t this data be opened up to customers? Chances are the different companies track their drivers anyway to keep an eye on them – so why not let us follow it too? It’s going to be much more understandable for customers who are complaining if they can understand the cause of the delays or problems.

So c’mon, how about it? How long before someone comes along and disrupts this industry with a phone app that makes it much more painless?

Can you think of any other annoyances like this that a little clever data-wrangling could fix? Let us know in a comment.