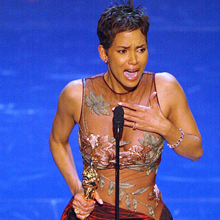 A video from YouTuber Champ Chong has revealed an intriguing piece of functionality that has been added to Microsoft’s forthcoming Xbox One console that will automatically record achievement videos. So get your best teary acceptance speech ready.

Older relatives may have previously bored you silly with old photo albums, showing you the time they first went to Blackpool, won a jar of jam at the village fete, or whatever it is they used to do before we had computers. But now you can retaliate – by showing grandma in 1080p HD the time you shot 50 people at point blank range, whilst shouting obscenities at their mother over Xbox Live.

We’ve known for a while now that the Xbox One will have DVR-style recording capabilities – recording your last five minutes of gaming in a buffer, so you can save the video if something amazing happens – but what we’ve also learned, thanks to the below video from YouTuber ChampChong is that the XBO will automatically save videos of the moments you unlock achievements.

The other interesting thing is that in conjunction with Kinect 2, you’ll apparently be able to initiate recordings with a voice command alone. Nice.

Personally, I can’t wait to watch a video compilation of the thrill-ride that is “Congratulations on finishing the tutorial level” – and presumably, nor can the NSA.