Hannspree have announced a new 10.1″ Android tablet – and at a price point much lower than it’s bigger-name competitors. 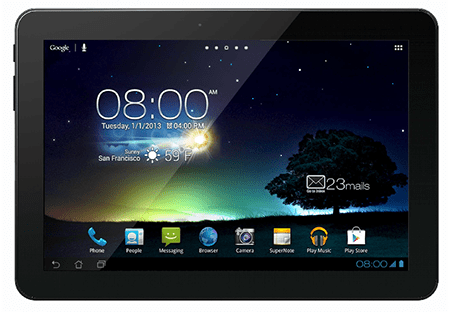 So who are Hanspree? Whilst the name may not ring any bells, their parent company are a Taiwanese display manufacturer who also make the displays found in a wide range of other devices – so they know what they’re doing. Apparently they’ve made everything from the Touch Module, Touch Sensor Cover Lens, the firmware on board and even the glass covering the screen themselves.

Spec-wise too it isn’t bad. There’s a quadcore 1.2ghz processor inside (though this is a little lacklustre compared to more expensive competitors), with 1GB of RAM and 16GB of storage.

It’s also running Android Jellybean – and there will be an update for download once KitKat has launched. Similarly there’s all the connectivity you’d expect (Wifi, Bluetooth, Micro SD card expansion and Mini HDMI) – as well as USB on-the-go, enabling you to plugin USB keyboards and the like. Camera-wise there’s a 2 megapixel camera in the rear, and a 0.3 megapixel on the front.

So it all looks rather nice – especially at that sort of price. This looks like it could be a great way to get in on the 10″ tablet scene – and the best bit is that you can even cushion it in your bag by wrapping it in the £250 you saved by not buying an iPad Air.

One thought on “Hanspree unveil a cheap 10.1" tablet”