The BBC have today announced their plans for the next generation of the wildly successful catch-up service, the BBC iPlayer. The plan is to bring greater customisation, more channels and iPlayer-exclusive content – and not be as tied to TV. 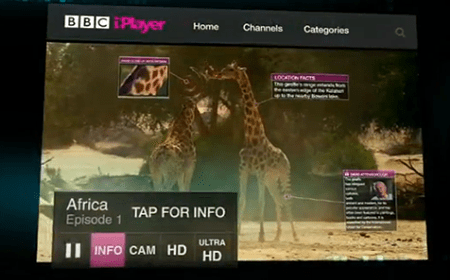 In a nut-shell, the BBC are clearly thinking about a post-TV future – when nobody will watch linear channels any more.

The plan is first off to offer more channels. Rather than have simply “BBC One” and “BBC Two” (etc), instead have thematic channels available online – so all of the science programmes or the arts programmes in one place. There will also be “pop-up” channels – for events like Glastonbury, where all of the live performances can be kept in one.

They even want the viewer to be able to create their own custom channels from their favourite programmes – presumably this will be similar to how Netflix learns what you like, and will recommend similar things.

Speaking of Netflix, another clever innovation looks set to be the ability to continue watching stuff across multiple devices. So for example, you could start watching Doctor Who on the iPlayer on your Xbox, but then pick up watching the same episode on your phone on the bus a bit later.

Perhaps most intriguingly, though it hasn’t been explained in any great detail, there’s the above example screenshot showing a David Attenborough nature documentary that has been annotated with additional information that can be toggled on or off.

The other big change looks set to be less technological, and more the winning of an internal battle with the BBC Trust – who govern the BBC. There are plans – subject to Trust approval – to increase the iPlayer catch-up window to 30 days (instead of 7) and also not just show some stuff on the iPlayer before it has been on TV, but create content specifically for the iPlayer. Whilst this may not seem like a huge deal, it’s a pretty big change given how cautious the BBC has been in the recent past about doing things that may impact upon commercial activity.

There’s no word yet on when any of these changes will make it into any of the versions of the iPlayer that are out there (on games consoles, apps, satellite boxes, and the web) – but we’ll keep you posted when we hear more.