A quick heads up for Android users – if you have the Amazon Appstore, today you can download seven Halloween-themed games for free! 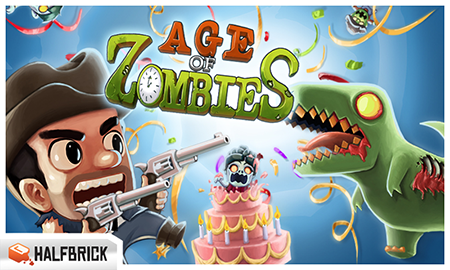 It’s a savvy move by Amazon, who are aiming to raise awareness of their competing App Store – they don’t want users to be using Google Play – they’d rather take the money themselves. The seven games are only free for today only – so get on it before it’s too late!

The games are as follows:

Zombie Highway – a driving game where you must shake off the zombies that attack you en route.

Slender Man! Chapter 1: Alone – a survival horror game in which you must attempt to collect missing pages… before the Slender Man gets you!

Zig-Zag Zombie HD – a physics-based puzzler which, of course, is Zombie themed. The HD version has higher resolution graphics – so is designed for tablets like the Kindle Fire.

Zig-Zag Zombie (SD) – the smaller-screen version of the above!

Greedy Spiders – a puzzle game in which you must help save insects stuck on a web from the spiders, by doing stuff like cutting the web in strategic places.

Age of Zombies – a shooter in which you must blow up the zombies in a number of different settings – from a prehistoric dinosaur level to ancient Egypt.

Hidden Objects – Zombie Madness – a game for kids in which they must pick out the right objects from the pile… er, with a zombie twist.

Don’t forget you’ll need the Amazon App Store to get these – they’ll cost you on Google Play!