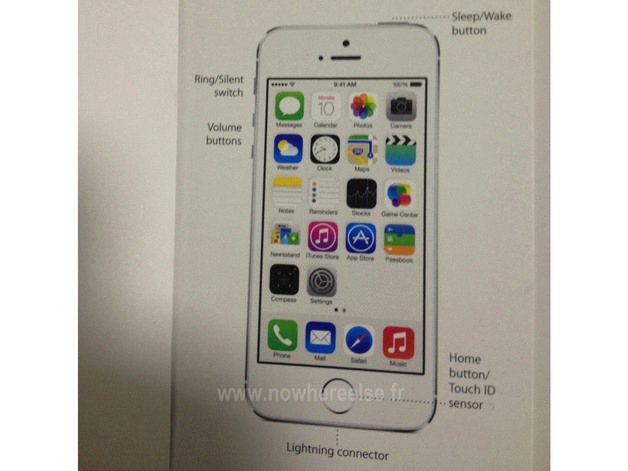 We’re just hours away now from the expected launch of the iPhone 5S (and possibly the cheaper iPhone 5C), and the leaks keep coming. Now the long-rumoured fingerprint scanner has been leaked yet again, and this time we have a name for it.

According to marketing materials leaked to French site Nowhereese.fr (the same site that revealed a picture of the Apple Lightening connector ahead of time last year), the fingerprint scanner is here called the “Touch ID sensor”.

Embedded in the Home button, it’s now identified by a pure white circle around the button rather than the square marking that has been present on other Apple product home buttons.

The leak backs up yesterday’s similar leak, revealing the scanner, as well as chiming in well with a report by the Wall Street Journal, claiming that a slew of business apps will use the scanner for security purposes.

Anything that makes it safer to send money over an iPhone is a great move, considering how many purchases we now make with our mobiles. Could an Apple-specific payment system launch alongside the iPhone 5S? We’ll know for certain in a few hours time – tonight’s launch action kicks off at 6pm BST. Check back then for all the details.