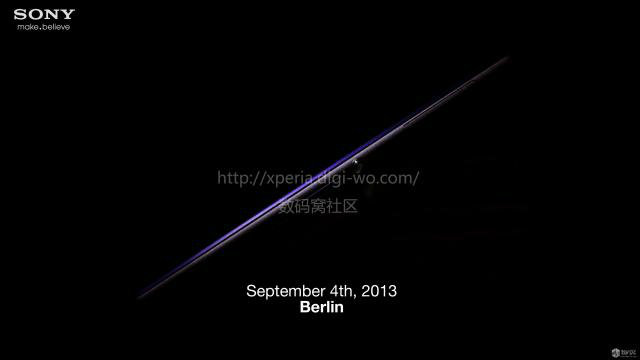 Sony’s long-rumoured “Honami” smartphone, otherwise known as the Xperia i1, looks set for an unvieling at this year’s IFA conference in Berlin on September 4, if a leaked teaser image is to be believed.

First spotted by Digi-Wo, the teaser image doesn’t give much away beyond the date – a vaguely phone-shaped object makes a diagonal slice across a black background. If there’s anything particularly interesting about the image, it is its purplish hue, though a zoomed in inspection of the handset’s edge in the picture seems to suggest it’s still a standard granite colour.

Other previous leaks have been far more revealing.

Looking back over the other leaks so far, the specs seem to look as follows:

Of course, all of these specs need be taken with a pinch of salt, culled from numerous sources. But indeed an IFA reveal seems a reasonable launch date, meaning we’re just a matter of weeks away from seeing what Sony have up their sleeves.