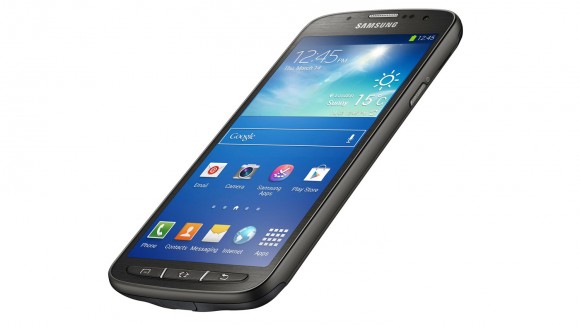 After numerous leaks, that Samsung Galaxy S4 Active has finally been officially confirmed for release. And, thankfully unlike some of the more recent Samsung releases to piggyback off the Galaxy S4 name, the handset doesn’t look half bad.

Overhauling the best-selling Galaxy S4 design to include rugged features such as IP67 dust and waterproofing in a fully-sealed chassis, the Galaxy S4 Active is otherwise almost identical to its namesake.

Featuring a 5-inch Full HD display, the Active is powered by a 1.9GHz quad-core processor, backed by 2GB of RAM and 16GB of internal storage space.

Running off a 2600mAh battery, the S4 Active also sports an 8MP rear snapper, one of the few specs to be dialled back from the standard Galaxy S4, which makes use of a 13MP sensor.

Running Android Jelly Bean 4.2 with Samsung’s TouchWiz UI laid over the top, the 4G-enabled handset is a little chubbier than the standard S4, measuring 139.7 x 71.3 x 9.1 mm and weighing 151g – a substantial 21g more than the original. Still, considering it’s aimed at the extreme end of the market, a little more heft may do it some good.

Set to hit stores in the UK over the Summer in “Urban Grey, Dive Blue and Orange Flare” colours, Phones4U have confirmed they will be stocking the handset. We’ll keep you posted on pricing as it is announced.