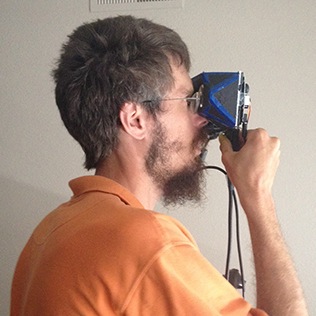 Reisse was an innocent bystander crossing a road in Santa Ana, California, when he was hit by a car evading police in pursuit. The car had ran several red lights before colliding with Reisse as he crossed the road. The car is thought to have run another red light at the crossing Reisse was walking across.

A statement posted to the Oculus Rift website pays tribute to Reisse:

“Andrew was a brilliant computer graphics engineer, an avid photographer and hiker who loved nature, and a loyal friend. Andrew was unique in so many interesting ways. He was extraordinarily kind and utterly selfless. He was a mentor and an inspiration to everyone around him.

“Andrew’s impact on the software and hardware we’ve developed at Oculus is immeasurable. He was a lead on the Oculus SDK, the Unreal Engine integration, Hawken VR, and nearly every demo we’ve shown since the company inception.

“Andrew was taken from us long before his time. Words cannot express how sorely he will be missed or how deeply our sympathy runs for his family.

“Andrew, you will always be in our thoughts and never forgotten. We love you, Reisse.”

Our condolences go out to the Reisse family and Andrew’s friends. May his memory live on in the great experiences Oculus Rift looks certain to deliver.