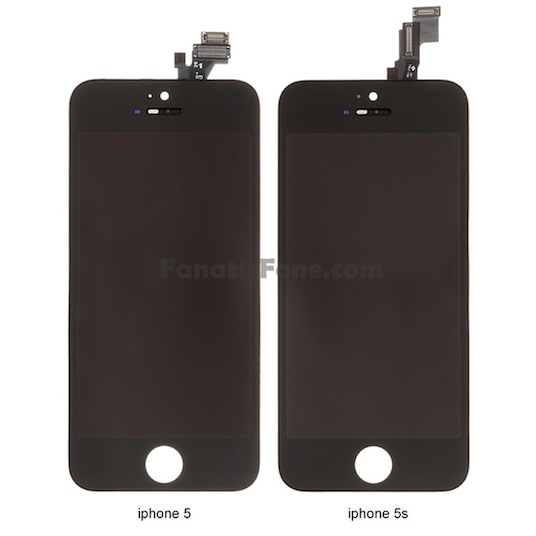 There may be a new iPhone model sitting just over the horizon, but its looking unlikely that it will land with an all new industrial design.

Expected to be an iPhone 5S model as opposed to a full-on numbered sequel to the iPhone 5, a new alleged case leak over at FanaticFone shows a faceplate backing up the incremental-upgrade rumours, suggesting the new handset will share much of its design sensibilities with its predecessor.

Expected to land alongside the release of iOS 7 (itself expected to land around September or October), the leak suggests internal components have been moved around a tad, potentially making room for new features such as NFC connectivity.

The leak also suggests that production has already begun for the new phone, which, if true, gives Apple a decent head start over demand for the Autumn-bound smartphone.

In related news, BGR have got their hands on snaps reported to be other components of the forthcoming iPhone 5S. Most intriguingly is a number of different coloured SIM tray units, suggesting the next Apple smartphone may follow in the iPod touch’s footsteps by being made available in a variety of colours.