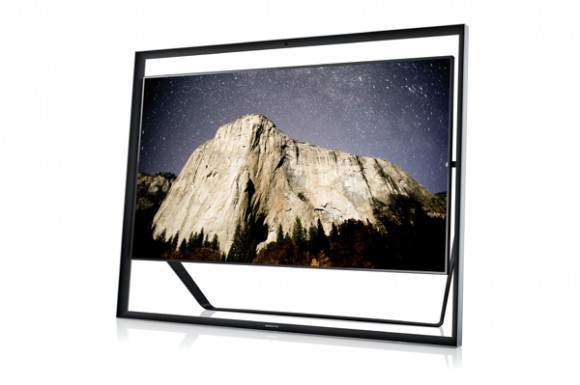 Samsung’s 85-inch S-Series UHD 4K TV was a showstopper at CES 2013, with its giant high-resolution display and easel-like frame housing its speakers. However, it unsurprisingly came with a whopping price tag, set to cost $39,999 when they launch in June. And don’t even ask how much the 110-inch version costs.

Noting that its out of the price range of practically everyone on the face of the planet, it’s now transpired that Samsung will be revealing 55- and 65-inch versions, ready to hit the Korean market in June ahead of a likely worldwide release.

With so little native 4K content available at the moment, $39,999 is a massive punt to take on a new screen, the benefits of which won’t be seen for some years. And though pricing for the smaller sets can only be speculated at at the moment, it’s got to be a fair sight more affordable than the giant screens.

Confirming that the screens will support Samsung’s Evolution Kits (upgradable modules that will let Samsung offer faster processors and other improved specifications to the screens over time). the smaller sets will also feature micro-dimming technology for improved brightness and contrast levels, as well as upscaling of regular HD content.