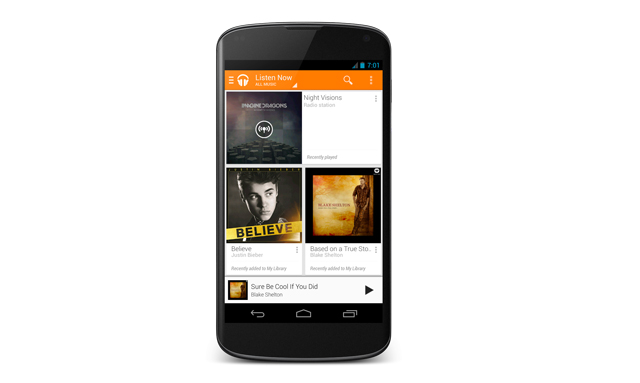 To take on the mighty Spotify, who’ve proved that music streaming is a viable business model (and revolutionising the distribution of music in the process), Google have had to amass a gigantic library of tracks for streaming in Google Play Music All Access. Though the company haven’t pinpointed a precise figure, they have revealed that “millions” of tracks will be available to playback through the service.

And, having secured licensing deals with major publishers including Sony, Universal and Warner, top artists including everyone from Justin Bieber to Cheatahs will be available to stream.

“This is radio without rules,” said Chris Yerga, Google’s engineering director. “It’s as ‘leanback’ as you want to, or as interactive as you want to.”

The service will support user curated playlists, and can also be used in conjunction with the Google Music locker to access your own personal library of tracks that have been uploaded to Google cloud services. Their will also be a “Radio” feature, mixing together a playlist of songs based on user-set parameters such as genre or favourite artist, and an “Explore” feature that will offer music recommendations based on your taste. 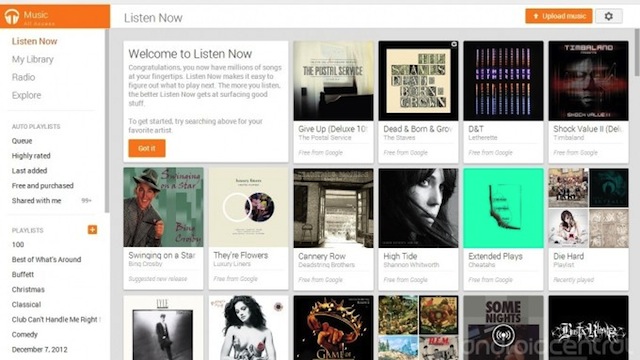 As you’d expect, Google Play Music All Access will be available to user’s of Google own Android operating system across tablets and smartphones, as well as through web browsers on PC and Mac. It’s not yet clear yet whether Google will offer app versions of the service to Apple’s iOS devices, or to the Windows Phone or BlackBerry 10 platforms.

Google’s streaming service will cost $9.99 a month (roughly £5.60), giving unlimited access to the millions of songs in the library across all a user’s compatible devices. Those who sign up for the service before June 30 will get a reduced monthly rate of $7.99 a month, an attempt by Google to court early adopters away from rival Spotify, whose own Premium service costs $9.99. No pricing however has been revealed outside of the US, but we’d imagine it’s just a case of swapping those “$” signs for “£” signs instead. We always have to pay a bit more, right? It’s our lot in life.

First-time users of Google Play Music All Access get a 30-day free trial with the service, letting them test all its features before deciding on whether or not to commit to a subscription. However, unlike Spotify, once that’s up, you’ve got to cough up the cash to continue listening – Google will not be offering an ad-funded option for freeloaders.

For a new service like Google Play Music All Access, a “freemium” ad-funded offering is both a blessing and a curse, allowing you to expand the reach of your service and court more potential customers. However, it has its problems too – why pay for the cow when you can have the milk for free? Spotify, for instance, has over 24 million users, but only million of them pay to play.

Google Play Music All Access is available now in the US, and will roll out to more countries soon. No word yet on a UK launch, but we’ll keep you posted.