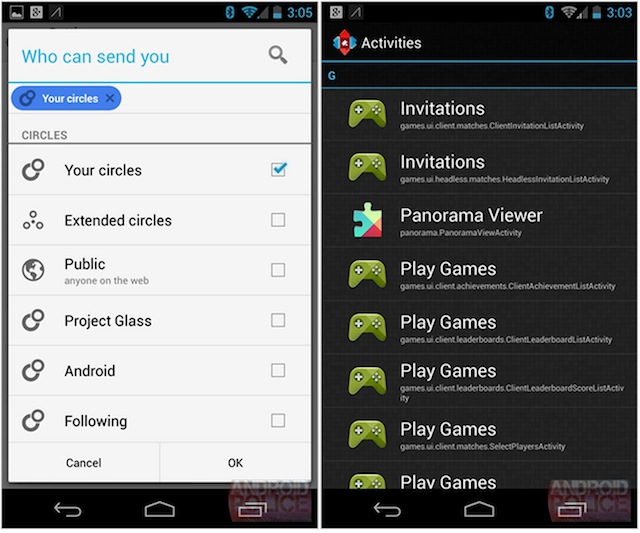 Google are looking to make multiplayer gaming a bigger part of the Android ecosystem, with a new service called Google Play Games uncovered by Android Police.

Part of Google Play Services (v3.1.36), the update will add in multiplayer features such as notifications, matchmaking and game invites (naturally channelled through Google+ circles, of course), as well as other features including synced game saves over the cloud to multiple Android devices, console-like achievements and finally public and Google+ circles centred leaderboards.

Said to be rolling out gradually over the coming days and weeks, it’s not yet clear which games will tie into the new services, or whether it will be a global feature set for all games.

The timing however is perfect, as Android begins to establish itself as a notable gaming platform with the release of the crowd-funded Ouya games console and plug-and-play Game Stick.

It also gives Google the chance to more competently take on Apple’s strong gaming credentials, with iOS’s Game Center features offering similar functionality to what seems set to be present in the Android alternative.

With Google’s annual I/O conference kicking off this week, expect all the details to be ironed out in the coming days.