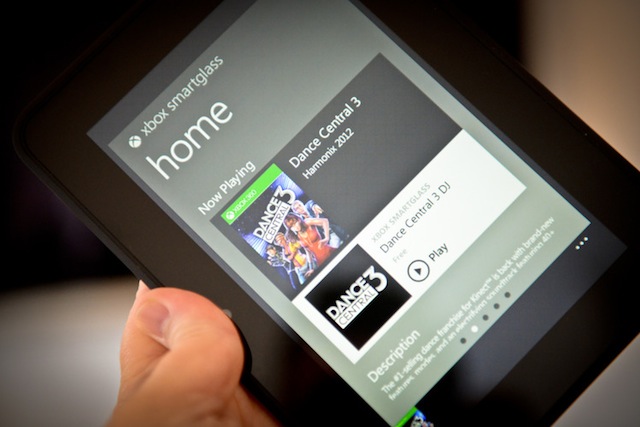 Working in tandem with an Xbox 360 console, Xbox SmartGlass offers a second-screen complimentary experience to the mega-popular gaming machine, including touchscreen remote control functionality and additional content for select games and console applications.

Driving sim Forza Horizon, for instance, adds a live GPS map via the tablet while open-world racing, while video playback benefits from cast and crew information for titles bought through the Xbox store.

So far however the apps haven’t popped up in the UK Amazon Appstore, so it looks like you’ll have to wait a little longer in Blighty if you’re a Kindle Fire owner. With a US release secured however, we’d expect a UK launch to the Amazon Appstore to follow shortly.