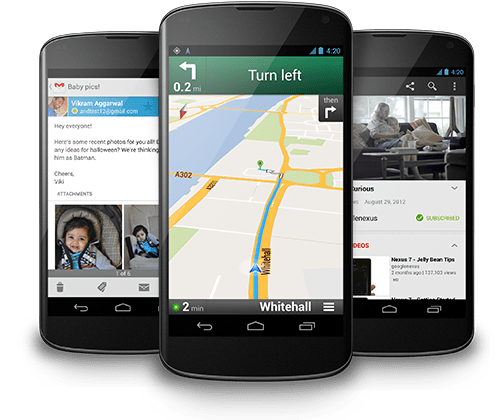 Google’s Nexus 4 was one of the best Android phones available last year, putting top-specs in a cut-price handset. According to SIDHTech, it now looks as though Google are looking to give the smartphone a 2013 makeover, updating the storage and network capabilities of the sought after phone.

The original Nexus 4 came in only 8GB and 16GB sizes, but the rumoured new addition to the line will double the storage capacity up to 32GB. The Autumn launch of the handset also saw 4G LTE connectivity a bizarre omission, and that too now will be rectified in the 32GB version.

These networking upgrades will come compete with CDMA support, giving the handset compatibility with as wide a range of high-speed networks as possible.

The revised Nexus 4, which may well have been on the cards since the line’s initial launch (itself beset by stock shortages), is expected to land during Google’s annual I/O conference in May.

This year’s I/O conference is also expected to see the unveiling of the latest build of Android, 5.0 Key Lime Pie, and it’s possible that the revamped Nexus 4 could ship with the newest version of Google’s mobile operating system baked in.

We loved the Google Nexus 4. Read our in-depth analysis on the top notch Android mobile by clicking here.