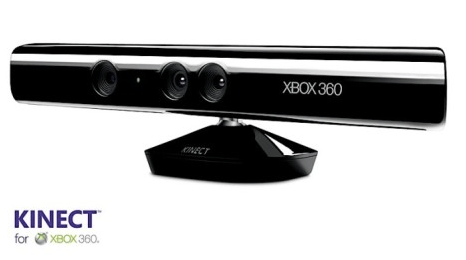 It’s the “dream” of Craig Mundie, senior advisor to Microsoft CEO Steve Ballmer, who told The Verge that Microsoft is looking into shrinking Kinect down in size and exploring ways to manufacture it more cheaply price so that it can be popped inside mobile devices such as the Surface tablet, Windows Phones and laptops.

“It’s not gonna happen tomorrow,” he said, “but we can see a path towards that sort of thing.”

However, with tablets, laptops and smartphones designed primarily as portable devices, Microsoft are encountering difficulties in getting Kinect to work when outdoors.

“It turns out it’s infrared so when you go out in the sunlight the sun is a big infrared source that drowns it out,” Mundie explained.

“There’s a whole bunch of problems, not just miniaturization, in designing the sensors so they actually do what you expect them to do in all of the environments.”

Kinect is expected to feature heavily in the forthcoming Xbox 720 next-gen console from Microsoft. Rumours suggest the device will be smaller and thinner than the current Kinect unit, as well as being far more accurate and able to work effectively in smaller play spaces. There’s also a strong chance that the Kinect 2 will come embedded within the console, and that it will be an “always-connected” requirement of play with the Xbox 720.