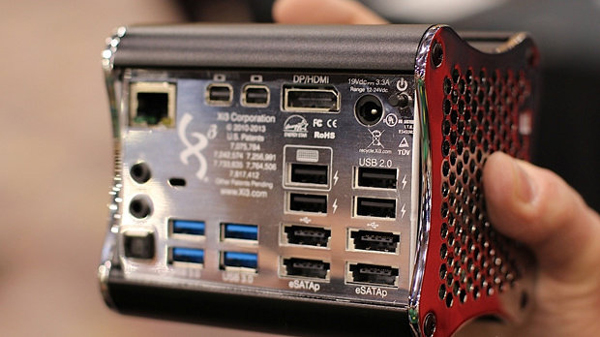 It seems the wait for a dedicated Steam PC gaming console in our living rooms is almost over. Valve boss Gabe Newell has now revealed that prototype models of the first Steam Box will be out in the field and in customer’s hands for testing within three to four months.

Speaking to the BBC last night ahead of his Academy Fellowship at the BAFTA Games Awards, with Newell’s “outstanding contribution to the games industry” recognised, Newell did however state that a few issues still needed to be ironed out.

“We’ll be giving out some prototypes to customers to gauge their reactions, I guess, in the next three to four months,” he said.

“There are noise issues and heat issues and being able to [deal with] that while still offering a powerful enough gaming experience is the challenge in building it.”

The prototype consoles will ship with a number of varying controller designs, allowing Valve to gauge which its potential customers appreciate the most, and to note what “differences are in their play patterns when they have those controllers”.

Valve have long been known to be considering biometric sensor units for inclusion in the Steam Box, measuring a player’s heart rate, sweat and other minute details in order to tailor gameplay. It’s an idea that Newell still seems keen on exploring.

“If you think of a game like Left For Dead – which was trying to put you into a sort of horror movie – if you don’t change the experience of what the player is actually feeling then it stops being a horror game,” he said.

“So you need to actually be able to directly measure how aroused the player is – what their heart rate is, things like that – in order to offer them a new experience each time they play.”