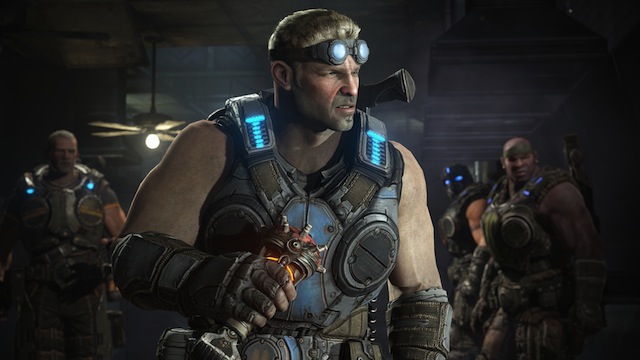 With Gears of War 3 wrapping up the series quite succinctly, the developers over at Epic Games and People Can Fly have had to think a little outside of the box with Gears of War Judgment. And that’s not only with how they’re going to appease UK fans miffed over the Americanisation of the word “judgement”. Where’s the extra “E” guys?

The fourth title in the series, it acts as both prologue and epilogue to the original Gears trilogy, and focusses for the first time not on Marcus Fenix and Dominic Santiago, but unlikely fan-favourite Damon Baird. The wise-cracking pain-in-the-ass from the first trilogy takes a leading role in a narrative that sees the series catastrophic “Emergence Day” explored in depth for the first time.

The tale is told through a framing story that sees Baird being trialled for war crimes, 14 years prior to the first Gears game. The details of this accusation are revealed through playing each level, which act as Baird’s testimony. 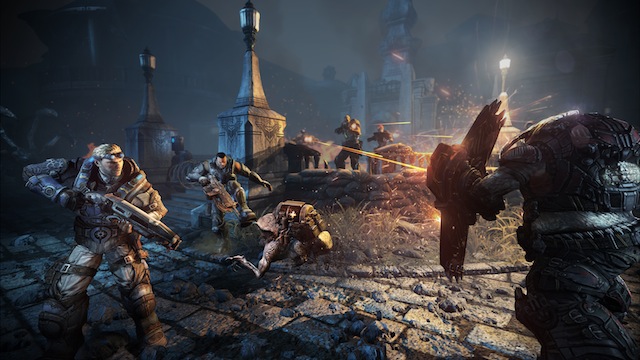 It’s an interesting idea that plays directly into some of the new systems at play in the game. At its core, this is still the Gears you know and love, with chunky brutes running riot over war-torn maps, shooting from cover and blasting grunts into grisly pieces. But there’s far more flexibility in the way you approach each level this time around. Judgement will not be a wholly linear experience.

That’s not to say missions and levels can be attempted out of order, or that there’s an open-world mechanic at play. Rather, you’ll have control over the nature of Baird’s testimony, choosing whether or not to withhold or reveal information. This is done by interacting with red hotspots around each level, and choosing to activate “Declassified” missions.

Declassified missions, though set in the same area as regular missions, see Baird revealing the true hardships that he and his team had to endure on the battlefield, and as a result see the difficulty level ramp up incredibly. And we mean incredibly. Though we got through the first Declassified mission without too much trouble, it quickly became clear that as the game progresses these missions will test even the mightiest Gears pro. From hardened enemy waves to time limits to weapon restrictions, you’ll really be up against it.

Overcoming Declassified missions however will be the only way to fully explore the game’s layered narrative, as well as earn the top “Three Star” rankings on each level. The more stars a player earns, the quicker they’ll have access to all unlockables, so there’s a real incentive beyond even the extra story layer to persevering with Declassified missions. 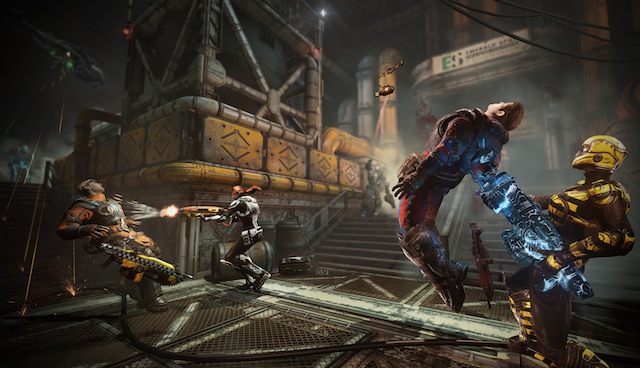 With the challenge now ramped up as high as it’s ever been in a Gears game, it’s good to see the series’ tight controls and top-notch level design remain intact. It’s as satisfying as ever to wield the Lancer rifle, while the wider open areas brought to mind the first Gears game’s great potential for tactical flanking options. Mission objectives (especially with the Declassified modifiers taken into account) look nicely varied too. In our short time with the game we did everything from storm a museum to setting up a last stand barricade for a wave defence to hunting down hidden egg clutches of the giant centipede-like serapede.

Tonally, the game feels a lot darker too. Baird barely has a friend in the world thanks to his trial by the looks of things, while the level design on show so far hinted at inspiration being taken from London’s World War II Blitz. The ruins of homes and shops lie smouldering as air raid sirens squeal and tracer fire lights up the smokey sky. It’s as beautiful as grey, oppressive wartime shooters get.

Once the main campaign concludes, players will then unlock the “Aftermath” campaign. It’s here that we catch up with the later part of the Gears storyline; set 24 hours before the release of the Immulsion Core that eventually sees the Gears squad prevail in Gears of War 3, we finally get to find out what Baird was up to whilst Marcus was taking care of business. Though we only saw a few brief scenes of the Aftermath campaign (including a foggy shootout with a horde of explosive tickers and a dash from a landslide in the seaside town of Halvo Bay), it looks to be a nice bookend for the series. 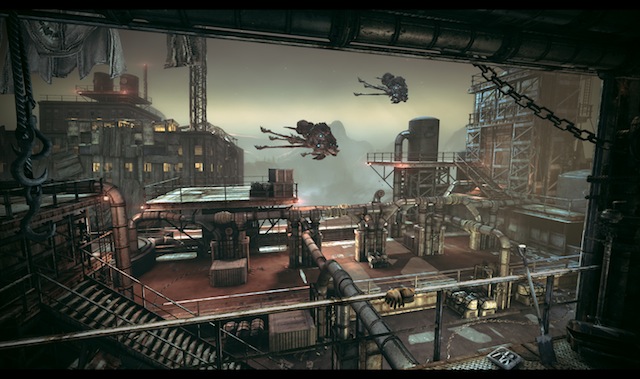 Multiplayer will also see some changes. Though fan-favourite modes such as Horde and team deathmatch return, Judgment adds for the first time an all-vs-all deathmatch and a new class-based mode called Overrun. Class-based competitive matches are again another first for the series. A team of Cog soldiers will have to defend against Horde-like waves, but will be made up of specific classes. There’s a medic who dishes out health packs, a solider who throws down ammo packs, an engineer who rebuilds defences and a sniper that can highlight enemies that the rest of the team can then track from afar. It’s a fun concept, but right now the balancing felt a little off – while the medic, sniper and soldier classes are great, the engineer feels a little impotent as it takes far too long to fix up defences. And unless more than one player takes up the engineer role (which seems unlikely), defences on the other side of the map will quickly be overrun, making all the prior work pointless.

Aside from those Overrun issues, Judgment looks on course to be another stellar entry into the series. Due out in the UK on 22 March and 19 March in the US, check back to Tech Digest soon for our full Gears of War: Judgment review.