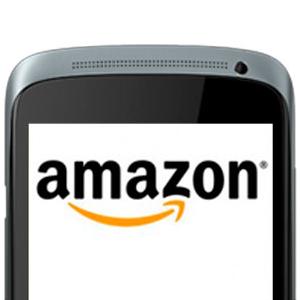 It’s been as oft-rumoured as a The Smiths reunion tour, and now it’s time to Prime yourselves (oh, you pun, you) for another round of Amazon Phone whispers.

According to supply chain sources speaking to DigiTimes, Amazon are reportedly still looking into putting out a smartphone this year, but have had their plans delayed due to issues with flat panel supply.

An “engineering verification test period due to issues related to [Amazon’s] mobile platform,” is also slowing things down, suggesting Amazon are again tweaking Android into a mostly-new beast, as they did with the Kindle Fire tablets.

The source claims that Amazon had hoped for a Q2 unveiling for the handset, but that it’s now unlikely to start mass production until June, aligning the phone with a Q3 launch.

Also revealed by the source is Amazon’s manufacturing partners for the handset it. It seems Foxconn subsidiary Ensky Tech will be handling production of the Amazon Phone, with the company already making Amazon’s Kindle Paperwhite eReader and Kindle Fire tablets.

A Q3 launch puts the Amazon smartphone within the usual launch window of the iPhone. Many expect Amazon to combat this by heavily subsidising the smartphone in much the same way they do their eReaders and tablets. Some have speculated the phone could sell for as little as $150/£100.