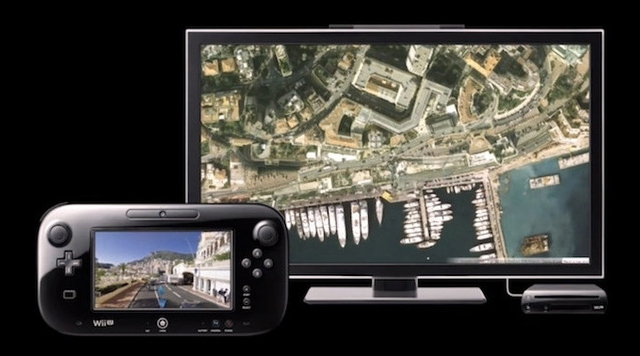 Wii U owners now have access to Google Maps through their console, along with GamePad support and Street View features.

Called “Wii Street U”, it’s a free download from the console’s eShop if grabbed now, though it’ll cost an unspecified amount once the limited-time freebie offer ends. It’s not yet clear how much this will be, or when the freebie offer will end, though considering Google Maps is free of charge on pretty much every web-connected platform available, this seems a bit rich.

In its defence, the app does come with a host of platform-specific features, including Street View navigation through the Wii U’s second-screen GamePad, allowing an overhead map to be shown on the TV screen while a worms-eye-view is displayed on the tablet-like controller.

There’s also a Panorama View that allows Wii U owners to explore a range of locations with the controllers gyroscope and accelerometer functions, letting users navigate 360-degree videos of world-famous landmarks. A tour guide feature rounds off the list of Wii U specific features, offering up a number of recommended destinations complete with information and images for families to interact with.

The launch was revealed in today’s Nintendo Direct conference, Nintendo’s regular video newsletter to fans. It also showed off a slew of 3DS games set for release in the near future, including Fire Emblem, Animal Crossing, Donkey Kong Country Returns 3D and Mario & Luigi: Dream Team. You can view all the news in the official video below: