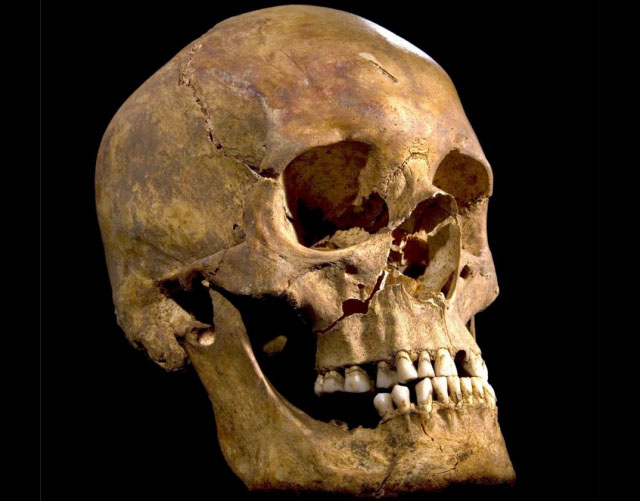 The long-lost remains of King Richard III have been identified by archaeologists at the University of Leicester “beyond reasonable doubt”, the team have today revealed.

The remains were found last year exhumed from under a car park near where the king’s body was thought to be lost. Suspicions over the identity of the skeletal remains were initially raised based on the curvature of the skeleton’s spine and battle wounds consistent with historical accounts of Richard III’s death way back in 1485, as well as the nature of the burial. 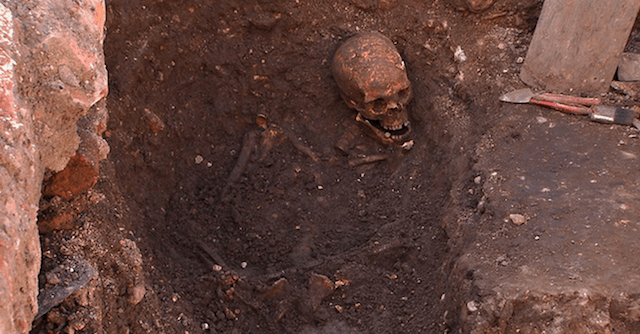 Now a team led by Richard Buckley has used extensive radio carbon dating and DNA analysis comparisons with the king’s living descendants to confirm that the remains are in fact those of Richard III, ending a 500-year mystery as to the location of his final resting place.

Descendants used in the DNA testing included four living males, as well as a sample from Michael Ibsen, a Canadian-born carpenter and 17th generation descendent of the king’s sister.

The team were also able to ascertain that the late king was killed between his late 20s and early 30s, further details that correlate with historical accounts, as well as signs of scoliosis and the ten points of battle-inflicted trauma that was said to have caused his death.

Richard III’s death occurred at the conclusion of two years reign over Britain from 1483 to 1485 at the Battle of Bosworth. It marked the end of the War of the Roses and, for many academics, the closure of the medieval period. However, in modern times Richard III has become best known as depicted by William Shakespeare, one of the Renaissance playwright’s most vile historical villains.

The remains will now be re-interred at Leicester Cathedral, close to the Greyfriars site where he was first discovered. The cathedral will also house a new monument to the king, and is expected to become a tourist hotspot.