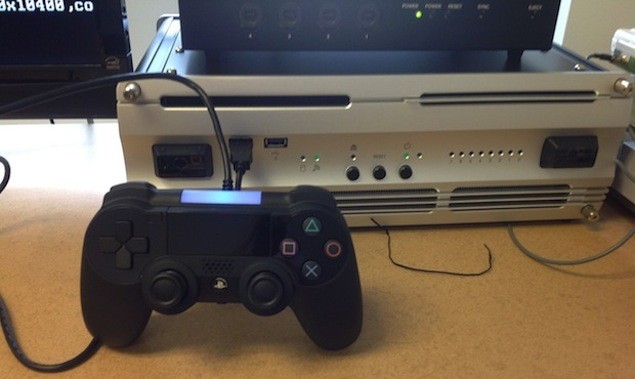 We’re just days away from Wednesday’s big Sony PlayStation event, hotly tipped to be the launch of the PlayStation 4 console, codenamed Orbis. We’ve seen a prototype controller, we’ve heard rumour of used game disc blocking, and now we may even have the console’s UK launch price.

Leaked internal documents obtained by The Times have suggested that the PS4 will launch at a relatively affordable £300. That’s substantially more expensive than Nintendo’s Wii U (Sony’s only current next-gen competition, which has a basic package price of around £230 for the 8GB version), but £100 cheaper than the PlayStation 3 launched at. Keep in mind that the PlayStation 4 is expected to be significantly more powerful than the Wii U, and that seems and even more tempting price.

While US pricing wasn’t hinted at by the document, if US pricing follows similar patterns to this proposed UK cost, US gamers should expect to see the PS4 retail at £399 – a hundred dollars cheaper than the PS3 launched at.

The PS3 was arguably overpriced at launch, and early sales suffered as a result. Riding high off the success of the PlayStation 2, Sony were in a position to charge basically what they wanted for the console. However, times are different now, what with the recession, massive popularity of the Xbox 360, rise of casual gaming, upstart competitors like OUYA and Valve’s potential entrance into the hardware race with the Steambox. Regardless what Sony show on Wednesday, pricing will be of paramount importance to securing the console’s success, and a loss-leading approach paired with a strong digital distribution method is a likely strategy for them to take.