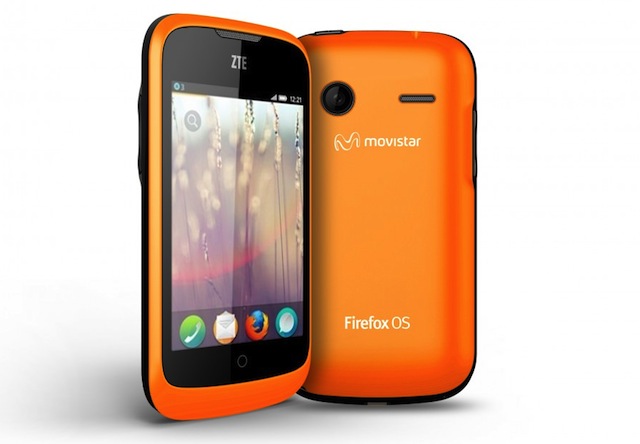 The ZTE Open has been revealed as the first smartphone running the forthcoming Firefox OS from Mozilla to be made commercially available.

Aimed at the lower-end of the smartphone market, the device will run the promising new operating system on a 3.5-inch device with a 480 x 320 display. Powered by a Qualcomm MSM7225A chip with just 256MB of RAM, it shows that the Firefox OS seems to be a fairly lightweight, flexible mobile operating system.

Other specs include 512MB of internal storage space, a 3.2MP fixed-focus camera on the rear, Wi-Fi, Bluetooth 2.1, GPS and a 1200mAh battery.

Without an app store at launch, Firefox OS will rely on web-based HTML5 applications. Plenty of high-profile apps, such as Facebook, Cut The Rope and Nokia’s Here maps are already available in HTML5 versions.

“ZTE continues to push the boundaries with the aim of bringing customers the very latest that mobile technology has to offer.” said Mr. He Shiyou, ZTE EVP and Head of the Mobile Devices Division.

“ZTE has moved very quickly and has worked closely with us to develop a robust Mozilla Firefox OS smartphone,” said Brendan Eich, Co-founder and CTO of Mozilla.

The ZTE Open will be joined by the Alcatel One Touch as one of the earliest smartphones to sport the new OS. It’s similarly spec’d out as an entry-level phone, with a 3.5-inch screen, 1GHz processor, 512Mb of storage (which can be expanded through a microSD card slot) and a 3.2 MP camera.

No word on release date or pricing for either handset yet. However, Mozilla have previously hinted at a 2014 launch for the Firefox OS in the US and Europe, though residents of Brazil, Colombia, Hungary, Mexico, Montenegro, Poland, Serbia, Spain and Venezuela will apparently see Firefox OS phones popping up in stores before the year is out.