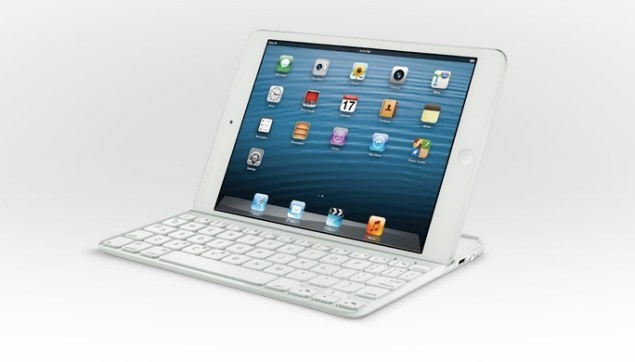 It may be ickle, but that doesn’t mean you can’t get work done on it. Just as they put out a keyboard for the full-size iPad, Logitech have now put together a typist’s tool for the iPad Mini.

Dubbed the Logitech Ultrathin Keyboard, the case snaps onto the 7.9-inch tablet, pairing with the Apple slate over Bluetooth.

Acting as a case and folding stand for the tablet too, the device also features the same magnetic on/off screen sleep functionality as found in Apple’s own Smart Covers.

The case also houses a full suite of function buttons for iPad applications, including copy and paste, while Logitech promise that its small size wont prevent you from high speed typing. Looking at the scale of the keys from the press shot above however, we’d suggest sausage fingers look elsewhere.

Shipping to UK stores soon, expect to pay around £68 for the Logitech Ultrathin Keyboard.